Cast of Misfits in "The Lies Have It" - Part One 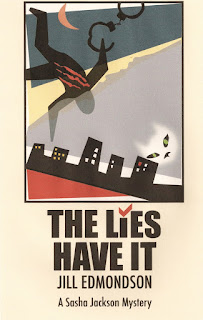 Here's a peek at a few of the characters you'll meet in
The Lies Have It.

Rodrigo and Phil Rejects from Holmes on Homes or Bob Vila.  These two contractors can fix or renovate any home but can't find a pair of jeans to cover up their ass cracks.  They both swear too much and shave too infrequently.  At lunch hour, they play spit for distance off the roof of the house they're currently working on.

Macy the Runaway This kid pisses off just about every adult who meets her. Spoiled, selfish, and petulant, her parents should have been relieved when she took off from home.  Dr. Phil wouldn't know what to do with her.  If her mother could turn back the clock, she'd undo all the namby-pamby BS child-rearing philosophies she once subscribed to, and give the kid a good spanking instead.

Vote For Me Candidate Tim Nealson wants to be Toronto's next mayor.  He  promises not to raise taxes.  He promises to get rid of waste at City Hall.  He says he has some land in Florida for sale.  He has nice teeth and good hair, but very few original ideas.  He exudes confidence.  His posture is erect but his penis isn't.  He just may win the election based solely on his looks.  Damn.