Guest Blogger Anne-Marie Klein and the Behind Blue Eyes series


Inspired by the Pete Townshend song made famous by The Who, Anne-Marie Klein's series is at once a nostalgic love letter to her hometown and to the music she listened to while growing up there. Let's hear a bit more from Anne-Marie about setting and inspiration...

In the late 1970s, I was a teenager in Toronto, madly in love with music and books. I read mysteries and thrillers, devouring anything by Ruth Rendell, Agatha Christie, and P.D. James, but couldn’t find novels with rock stars. So I did what I had to do: I decided to write one. I ended up with an ambitious, dramatic storyline, but I knew it lacked maturity and experience and made the conscious decision to shelve it until I could do it proper justice. Life went on for almost twenty years, and a series of events culminated with the re-discovery of the handwritten draft and a desire to bring it to the light of day. Armed with the knowledge and observational skills only time can give you, the time seemed right to redevelop my idea of helping to create a new genre in fiction.


Rewritten, edited, and polished into shape, the Behind Blue Eyes rock novels were published last year, with three of four planned books released. True to the original manuscript, the story begins in 1978, with The Who’s beautiful song as the inspiration for the main character, and Toronto and London as the backdrops. No longer a contemporary tale, the collection now falls into the category of historical or nostalgic fiction, shedding a light on what I fondly remember as a great era for my hometown.


The best part of having kept the first drafts is that I avoided the clichés of the 70s with accurate descriptions of the iconic locations that are featured in the story.  I have tried to evoke Sam the Record Man, the Terrace, the El Mocambo, and the Yonge Street strip with realism and affection, and have been touched by the response of readers who have identified with the landmarks. When I’m asked how to best describe the series, the standard labels always tempt me—rock novels, family drama, romance, and historical fiction. The most accurate answer always comes from the heart, though: it is my love letter to Toronto and to music. 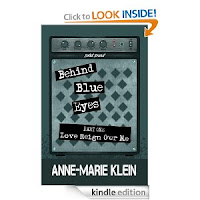 Son of a wealthy, successful, and famous British designer, Ian was born into the world of the rich and shameless. He blames himself, and his father, for his mother's death, and has run far away to start a new life. Beautifully blond, musically talented, but emotionally troubled, he hides his pain behind pale blue eyes and drinks to numb the guilt that has followed him across the ocean. When he meets Sarah, the fiery-haired singer with all the connections to make their dreams come true, will the burdens of his past destroy their love and everything they ever wanted? 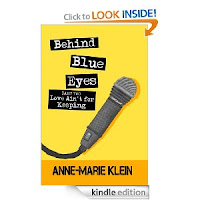 Ian Harrington is sober for the first time in years, happily married to Sarah with a child on the way, and their band Something is on the verge of major success. An opportunity to tour in his native England gives him the chance to further reconcile with his father, but his dad’s new romance interferes with his plans. In the middle of Ian’s family drama, a series of events beyond his and Sarah’s control threatens to destroy their happiness, their family, and the band’s future. 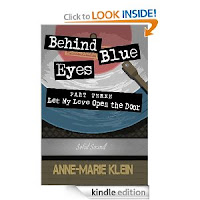 It’s 1986. Ian Harrington is living the good life in Toronto: he is the lead singer of Something Else and is raising his six-year old daughter, Victoria. His life is busy and creatively satisfying, but he has not been able to hold a romantic relationship since Sarah. A chance encounter with a former flame offers the possibility of lasting love, but the liaison is fraught with conflicts and challenges both new and echoed. By following his heart, Ian risks having his world turned upside down. Standing still threatens far more…

Behind Blue Eyes is a four-part series following a young musician's turbulent life as he makes his rock and roll dreams come true in a city far from where he grew up. Equal parts family saga, love story, and rock and roll circus, this first novel will take you back to the late 70s in Toronto for a dramatic roller-coaster ride through the world of music.  Keep your eyes out for book four!