Yes, it’s true. My characters talk to me.
Sometimes they sit in my office. In a circle. Nodding yes. Shaking their heads no.

Yes, they have lives of their own. They go off on tangents I wouldn’t have expected. They do things I don’t always understand.  They have inexplicable needs. 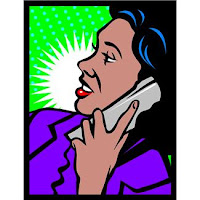 But, given all that, it doesn’t mean they come to me as completely formed and complex as they need to be to interest a reader for a whole story or a whole novel. Sometimes they have blind spots. Sometimes they’re too nice. Others are too angry. And heaven forbid, some are too much like me!

An interesting character has a point of view. Thoughts, feelings, opinions, prejudices. Blind spots. Weak spots. Things she doesn’t know about herself.

But how do you know what makes sense for a given character? You don’t want a character whose actions are completely unpredictable or your readers will just shake their heads and put the book down. Internal consistency matters, especially in a long work.

One method I’ve used to develop characters is a tool I’ve used for years in my day job as a career transition and life coach. The best personality tests can give great insight into how people behave in the real world. The one I use the most is the Meyers-Briggs Type indicator which gives information on four polar dimensions: 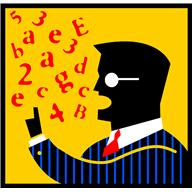 When you look at the combinations of theses preferences, sixteen distinct personality types emerge.

And no, introverts are not always shy. And thinkers do have feelings. Personality is more complex than the clichés and stereotypes. Nothing is more boring than the hero who is always stalwart or the heroine who is one-dimensional, so the more complex you can make your characters, the better.

I’ve found it useful to figure out the personality types of my main characters. Not before I’ve written them. First I let them frolic, and tell me who they are. Then, after the first draft is done, and I’m working on character development and nuance, not just the basic plot, I map out what their preferences and needs are, their desires and blind spots.

One element I’ve found helpful is the idea that every person has a predominant preference. And whatever that preference is, its opposite is often the weak link for that character. For a character who is primarily a thinker, that person can be most easily undone by emotion. So, an intellectual man is more susceptible to unresolved feelings aroused by in him by another character because he is not as familiar with his own emotional needs.

A highly intuitive character, who can easily come up with new ideas and envision possibilities, may have serious deficits in dealing with the physical world. In the extreme, she may not know where her body is in relation to objects around her. The absent-minded professor comes to mind.

A character who is highly attuned to emotional understanding can be fooled more easily by faulty logic because the thinking function is the opposite of feeling and hence less developed. Have you ever known anyone who was easily convinced by arguments that sounded logical but really made no sense? 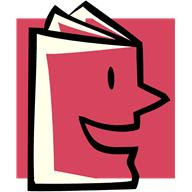 The idea is not to come up with formulas for your characters, but to give you a tool to explore the complexity that is personality, so your characters will come to life on the page but also be consistent enough that your readers will relate to them as real people.
There are lots of resources, many free, where you can learn about the sixteen personality types derived from this system.

To learn more, check out the book Please Understand Me, by David Kiersey, which goes into character, temperament, and relationships. Full of great information and an easy read.  Two websites where you can take a short (and free) version of the test and learn about all the personality types are:


Carol Holland March writes speculative fiction that has been published in a number of magazines and anthologies. An excerpt of her novel, The Dreamwalkers of Larreta, has appeared in bosque (the magazine).  She blogs at carolhollandmarch.com or follow her @cmarch555
Posted by Jill at 2:30 AM