How to Use Life Experiences in Fiction Writing


Michael Potts
Great Uncle Bill and Daddy stand over the white, hairy shape on the side of the road. Daddy says, “That’s Fuzzy,” and he shoes me away. I am six-years-old and do not believe that my dog is dead. I hide in a small clearing in the bushes by our house and pretend Fuzzy is still alive. Before long my pretending turns to belief.


I use that experience in a scene in my novel, End of Summer. This raises the question of 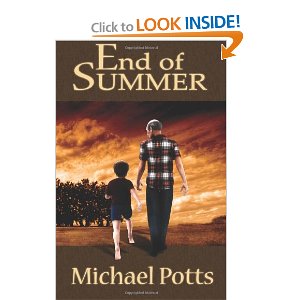 how a writer can use life experiences in writing fiction—and where does creative nonfiction end and fiction begin? All writers make use of their life experiences, of people they have known over the years, of good and bad deeds by relatives and friends. That is risky, as Thomas Wolfe discovered after the success of his novel, Look Homeward, Angel. Locals saw themselves in his fiction (perhaps they did!), and many were not pleased.


Different authors use different techniques to fictionalize fact. In my novel, the main character, Jeffrey (named for my fraternal twin brother who died two hours after birth) is nine, not six. It is Jeffrey’s granddaddy, not his daddy, who is with Great Uncle Rick (the name is changed), and instead of leaving the dog in the ditch, Uncle Rick lifts his body over the fence, gives it to Jeffrey’s granddaddy. The rest of that vignette follows my memory of the actual events.


I had Jeffrey’s parents die in a car accident when he was two (my actual parents do not appreciate that, but they understand I wanted to focus on Jeffrey’s relationship with his granddaddy). Granddaddy is mainly based on my own granddaddy, but with some of my daddy’s traits. Daddy hunted; Granddaddy did not. In the book, Granddaddy goes rabbit hunting with Jeffrey, and what happens during that hunt is the inciting incident. My own granddaddy died less than a month before my twenty-first birthday; in the book, Jeffrey’s granddaddy dies when he is nine (and Jeffrey’s reaction to that death is the focus of the plot). Granny is based closely on my granny and behaves consistently according to my memories of her.


Granddaddy took me, a neighbor, and another friend on a twenty plus mile bike ride when 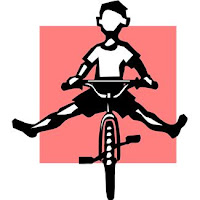 I was thirteen-years-old. In the book, I omitted the other friend and used some of the actual dialogue, but most was made up. This is different from creative nonfiction in which the author can make minor changes to allow a story to flow better, but still presents events as they happened. In fiction, characters based on real life characters are “fictionalized,” and while dialogue may be taken from memory, most if it is invented by the author.

I focus on Jeffrey’s struggles after his granddaddy got sick and later died. He struggles with his faith (I struggled later in life), and I invent a fictional conversation between an atheist great-uncle (who is based on my own agnostic great-uncle) in which the great-uncle tries to convince Jeffrey to “grow up” and embrace atheism.  I keep other details of my actual great-uncle’s life—that he was born in Toronto and lived for many years in Detroit before moving to Tennessee, that he owned beagles, loved rabbit hunting, kept chickens, and had a basketball goal in his front yard. I accurately tell a story of when a neighbor of his and I discover Playboy magazines on my great-uncle’s porch.


The entire book is framed by a fictional story in which the adult Jeffrey returns to his granddaddy’s field to walk to a thicket—a “sacred space” where Jeffrey played with Granddaddy when Jeffrey was a child. During the walk Jeffrey struggles with some of his own quirks of character and tries to deal with his doubt regarding God that dates back to his granddaddy’s death. Will he be able to find some resolution when he enters “The Thicket,” a symbol of an idyllic childhood with his granddaddy?


These are some ways you can turn fact into fiction instead of creative nonfiction. Hopefully other authors will comment on these and make their own suggestions on how to write fiction based on one’s own life story. 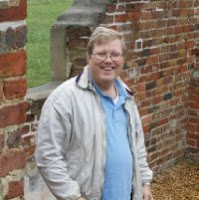