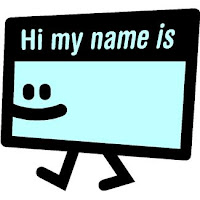 But I love naming characters. It’s like naming children. And I did name my children as my husband will tell anyone who will listen.

Jennifer was the name of the heroine in the first book I wrote. She had to have an Irish last name because she has red hair. I used O’Grady and her real father was a cop in Philadelphia. My father had many uncles who were cops there and if you get stopped by an Officer Redding in the City of Brotherly Love, I am probably related to them. But it won’t get  you out of a ticket.

She isn’t my favorite heroine, but it’s the first book I published so it will always have a special place in my heart. Her hero was Sean. That’s a strong name. He was a strong, silent type so it fit. His last name, Guadette, is my mother-in-law’s maiden name. It’s French. 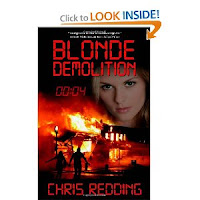 When my kids were younger I was involved in a Mom’s club. I used some of the kid’s names in my books. I asked the parents first, of course, and the character didn’t resemble whose name I used.

One of my novels is called Blonde Demoltion. The heroine is Mallory Sage. This is the daughter of a good friend of mine. We’ve known each other since her Mallory and my son #2 were probably two years old. They are twelve now. The character Mallory’s hero is Trey. I have no Earthly memory of why I picked that name. But he’s McCrane, a good Irishmen. See a trend here? 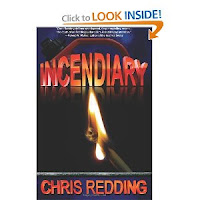 Incendiary’s heroine is Chelsea. Remember On Golden Pond. Jane Fonda played a Chelsea and I really liked that name. I’ve kept it all these years and finally used it. James is her last name. I think that was one of those flipping through a phone book moments. Her hero is Jake, another strong name. Campbell is his last name. Uh, Irish?

Stone Feeney is a minor character who is a hero in another book. Stone. Probably Stone Phillips. I thought he was cute on television.

The best story I have is for a book that hasn’t been published yet. One of my favorites that I’ve written. Along Came Pauly is a romantic comedy. The Pauly in the title is Paulo Gabagool Vincenzo. He’s Italian and from New Jersey where the story is set. Paulo is the name of a friend of mine’s, son. Paulo’s best friend in the book: Carmela Loschiavo. I needed a very Jersey Italian name for a character and once again I borrowed one from a friend’s child. He still bugs me about when the book will be published.  Which it will be in August of this year.

I don’t like when I don’t know how the name is pronounced. Aileen or Niall for instance. (Irish huh?). They don’t look like how they are pronounced. Neither does Sean, but for some reason that doesn’t bother me.

What do you think about character names? Have you ever read a book where you hated the character’s name?

For more on Chris, check out her blog HERE
Find Chris on Facebook HERE
Check out her books on Amazon HERE
Follow her on Twitter @chrisredding
Posted by Jill at 12:30 AM