Imagine you’re a novelist and your latest offering is six months old and you’ve (repeatedly) knocked on every door on your list, you’ve exhausted the goodwill of your promo squad and you’re boring your Facebook friends to tears. What’s next? 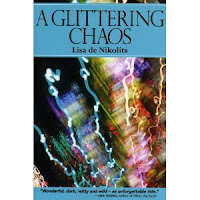 You sit around gnawing on your fingers, feeling the pressure of keeping your book ‘out there’ and then it comes to you; it’s time to whip up a YouTube reading.

Saved by yet another outlet in social media, you start paging through your third novel, A Glittering Chaos, trying to choose a reading and you’re somewhat startled by what you find. 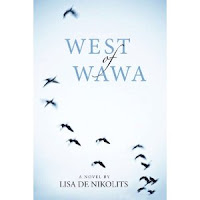 But seriously, you ask yourself, where did all this sex come from? As much as you don’t want to admit it, when you trace it back, it’s there because the Chatelaine Book Club ‘complained’ that there wasn’t any sex in your second novel, West of Wawa, and they were hugely disappointed when things with the heroine and her über-sexy bad boy closed the door on the readers and the scene faded to black.

You felt mildly insulted by their criticism. Did they think you couldn’t write sex scenes? Of course you could.  It was simply that sex had no place in West of Wawa, sexy bad boy or not.  But later, down the line, there you were, in Las Vegas, getting a shiny new idea for a shiny new story and you’d show them you could write about sex; baby, you’d knock them out the water, they’d regret having said you can’t write about sex…. Wait, okay so they didn’t say you couldn’t write sex scenes, they said you hadn’t… there’s a difference but your little writerly ego couldn’t bear the blow of such literary judgment.

Granted, you didn’t plan for that much sex to be in the book; just a scene here and there but then, as will happen with sex, one thing led to another, and - next thing you know - the fires were burning wildly and your mum didn’t feel comfortable reading the book and your close friends said they never thought they’d hear you say the word ‘cock’ and you tell them it’s not you, it’s your protagonist – but that’s a whole other topic for another blog post – how friends and family simply cannot separate you from your protagonist, no matter how astoundingly different you are.

So, what do you do? Well, readers if you’d like to find out what this author did, I invite you to take a look at http://bit.ly/1ahnDIU and I hope you’ll enjoy!

Originally from South Africa, Lisa de Nikolits has been a Canadian citizen since 2003. She has a Bachelor of Arts in English Literature and Philosophy and has lived in the U.S.A., Australia and Britain.


Her first novel, The Hungry Mirror, won the 2011 IPPY Awards Gold Medal for Women's Issues Fiction and was long-listed for a ReLit Award. Her second novel, West of Wawa won the 2012 IPPY Silver Medal Winner for Popular Fiction and was one of Chatelaine's four Editor's Picks.

Her third novel, A Glittering Chaos, was launched in Spring 2013 and is about murder, madness, illicit love and poetry.