Guest Blogger Tobin Elliott: YEAH, but what do they want?

Yeah, but what do they WANT?
By Guest Blogger Tobin Elliott
In preparation for this guest blog, one of the things Jill mentioned was there hadn’t been a lot of blog posts about writing dialogue, choosing the setting, developing characters or plot.

So I figured, what the hell? Let’s talk about those. It’s a lot of the stuff I tend to cover in my Creative Writing course (minor plug here, the course has been running since 2000 and is quite popular…and the next one starts Sept 18! You can get more details here. End of plug).

So I figured, let’s try and take these in some sort of logical order, shall we?

Developing characters
For me, almost every story starts with a character. I’ll have a cool idea for a character, like Talia from my horror novella Vanishing Hope, a nine-year-old girl who’s not happy and suddenly gets the power to take her revenge on anything or anyone that crosses her. 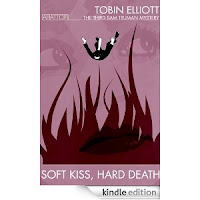 So, yeah, she’s a cool character, and dangerous as hell, but what do I do with that? Well, I first have to figure out what Talia wants. I also need to figure out what Talia needs. They aren’t the same things. What Talia wants is for someone to pay attention to her, because her baby sister’s hogging the spotlight. She also wants her dad to come home. Ultimately she gets what she wants, but it’s not what she needs. In fact, she doesn’t really find out what she needs until the end.

Developing plot
From this, obviously I need to start casting the rest of the players. Those that may help or hinder my character in pursuing what they want. But of course, I then need to ask the question: What do all these characters want? If they’re the main villain, well, then I need to ask what they need, too.

This will all begin to inform me of the specific story points I have to hit. This needs to happen, then this, then this. All of that has to occur before my big ol’ slambang finale here.

Choosing setting
Knowing what your character wants and needs tends to inform fairly well on the setting in the most general form. For example, for my protagonist Rob, from The Wrong, the supernatural thriller I just released in August, I’ve got a guy who believes he’s losing his mind. Things keep looking wrong to him, but to no one else. He can’t push an elevator button to go up to his floor because he sees the buttons covered in moss. No one else does. He wants to know if he’s losing his mind as he approaches the milestone age of fifty. What he needs is to be able to explain this to someone who will listen to him. 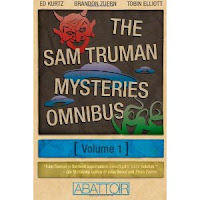 So, it’s not going to work if I have him in a secluded country environment. He needs access to doctors, shrinks, friends, busy surroundings with lots of people. So I plunked him firmly down in a suburban setting and had him work in a large city (which is a thinly-disguised downtown Toronto).

Talia, my evil nine-year-old, however, needs to hurt with a little bit of secrecy and impunity at first, so I set her in a small town (which is a thinly-disguised Barry’s Bay, in case anyone knows of it).

Writing dialogue
Okay, this one’s a whole blog on its own, to be honest. Maybe Jill will invite me back < cough, hint, cough >  to expand on this one, but for the purposes of this blog, I’ll just tell you that, having gone through the characters’ wants and needs, worked out who they have to interact with and where, as well as the setting, then I find I can quite easily hear their voices.

For example, I run Talia through an extremely radical change from the beginning of Vanishing Hope through to the end. Within a few short months, she has been transformed mentally to an adult, though she’s still a little girl. So my nine-year-old goes from calling her sister a poopyhead to dropping f-bombs like a biker. But I had to be careful to make that transition – over the course of fifty pages or so – gradual.

Rob, from The Wrong, is a jaded marketing manager for a large company. He’s intelligent, well-spoken, but also fairly negative because he’s been in the role too long and it’s starting to fester a little. The way he talks is miles away from Talia.

I know this has been a really quick overview of the four areas, but hey, when I’m trying desperately to stay to 500 words (and failing miserably), there’s only so much I can say.

If you’re interested in checking out the novellas mentioned in this blog (as well as my other books), you can click on the titles to be taken to the appropriate sites.

If you’re interested in learning more about the Creative Writing course, visit my website (TobinElliott.com). While you’re there, check out my blog and some of the other cool stuff there. I’m also on Facebook and Goodreads. Finally, if you’re attending Word on the Street in Toronto, look for the Burning Effigy booth. I’ll be there signing books.