First question is, whoa! How do you do it all!? You’re a wife and mom, and a prolific author, plus a moderator and reviewer.  So many people say they’d love to write, but just don’t have the time.  So, c’mon, ’fess up: Do you secretly have a 28 hour day that none of us know about!?
I wish! I'm blessed to be able to write full-time. Plus, I don't sleep, LOL!
I love the premise of the “Safe Haven” series.  Where did the idea for this originate?
I had this dream that wouldn't leave me alone. It was so vivid and I had to write it down. From there, it continued to grow until it became this entire world of black ops.
Your book covers are very eye-catching (and a wee bit daring!)  I especially like the cover for “The Informant”.  How important do you think the cover image is?
I think that it's extremely important. I love that you think they are eye-catching since I designed them. YAY! Go me! :-) I  know that I tend to buy books based on their covers and I will try a new author if it catches my eye.
I bet you had a lot of fun writing the “Sinners” series.  Why did you choose to set “Wicked Sinners” in Martinique?
Every detail of Wicked Sinners was carefully researched. Julien and Jacques Dubois are thousands of years old and are Druids. I wanted the book to be as genuine as possible. Druids believe in the force of nature and what better place for all of the elements to come together than a  tropical island where there is sun (fire), water, ocean breeze, and sand. Also, Martinique has a heavy French population and France is one of the countries that has stood for thousands of years.
Character names: Your books have people named Genie Cook, Raven, Ace Sparks, Narmer Horus, and Catriona.  Where and how do you come up with character names?
A few of my characters are named after people that I know and sometimes I have done my research on certain names so that I can spring a surprise on you in the book.
Naughty stuff now...  What kind of a reaction did you get from friends and family when you began writing high-octane romance and erotica?
I'm not sure that anyone is ever surprised by anything that I do. I think sometimes I am more embarrassed than anyone around me :-)
You have done a lot in fiction; is there any chance you might someday write non-fiction?  Do you think the same skill set applies to writing fiction and nonfiction?
I am in the process of writing a non-fiction "how to" guide with fellow author Jeremy Emling. It is a long way from finished and I'm finding it much harder to be myself rather than a fictional character.
Who are two of your favourite authors (living or dead), and name two authors who most inspired you (maybe these are the same...?)
Only two? Umm, this is such a hard one because there are so many authors that I love. Eloisa James and Lisa Kleypas are two of my many favorites, but I'm inspired by all writers. It takes nerves of steel to pour your soul onto paper and then watch silently as the world judges it loudly.
Just about every author I know has a half-started, then aborted, then re-started, but never finished manuscript stuck away in a box, on the top shelf of a closet...  Do you have something like that, a book you keep promising yourself you’ll finish some day?
YES! "A Splash of Hope" I've given myself a deadline on it because it is a story that I really love, but my main character is so stubborn. She doesn't want to live the life that I had originally planned for her.
What is the most surprising thing you’ve learned about being an author?  Something you wish you had known, or really didn’t expect, back in the days before you were published?
I didn't know that there were so many people like me. I thought that I was the only person who couldn't sleep because people were having conversations in my head and wouldn't be quiet. Then I began joining groups on Goodreads and Facebook and realized that I was normal. Who knew?
Last question is a bit of a freebie:   What is the one thing you wish I had asked you but didn’t?  Now go ahead and ask and answer that question.
Is there anything that I would like to say to readers? Thank you, thank you, thank you. I get to live my dream because of you and there are not enough thank you's in the world for that.
Check out Charity's website HERE.
Get Charity's books on AMAZON click here.
Follow Charity on Twitter @CharityParkerso 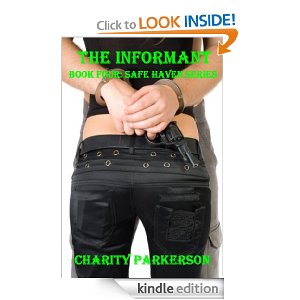 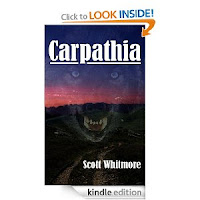