Every good story starts with what if
Every piece of writing comes from a what if. 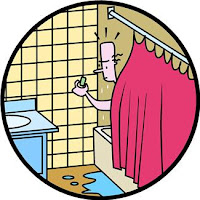 Take my novel, Throwaways, the second book to feature avenging duo Nancy Kerr and Tommy McIntyre, which will be published next year. It starts with Nancy Kerr, the heroine of the Die Hard for Girls books, in the shower when she hears banging.

Now, how many times have we been in that position and we know it’s someone we live with making all the noise. Maybe dropping something. Or, it’s the cat jumping up and knocking things down. But there's this tiny, tiny part of us that thinks that it might be something more sinister.

In my case, Nancy comes out to find upturned chairs and her boyfriend Tommy missing. There's a puddle of blood and a knife. The police think she's killed him. 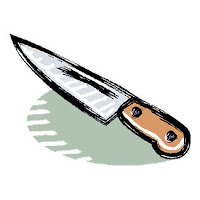 All good stories start with what if.

Real life situations are fantastic for the what if game and offer unlimited material.

I recently stayed in my in laws house whilst they were away. I went into the bathroom and there was a curtain around the bath, as though someone was having a bath.

With my heart beating like it was on stereo, I pulled back the curtain to find...an empty bath. But in those brief seconds before I pulled open the curtain, all sorts of things raced round my head, the most prominent one being that there's going to be someone dead in the bath, which is crazy but then maybe all writers are crazy thinkers.

The what ifs can extend to news stories too.

What if that missing woman had walked out on her life, leaving everything behind? What if the convicted murderer wasn't really a killer at all and had been set up by a rogue police officer?  What if you pulled back that curtain and there's a child standing there who you discover is an alien beamed down from a planet where nobody grows up?

There are so many possibilities when you play the what if game.

For Hell To Pay (out now on paperback and kindle) the what if I used was a grisly one. What if you came
home to find your parents murdered and were then attacked and left for dead, but rather than letting the police deal with it you decide to find out why your parents were killed and to get revenge on those responsible?

Once I had the basics, the novel wrote itself. 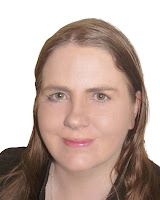 So, go on, play the what if game today.  Put your own spin on newspaper stories.  Flick through magazines.  Watch TV shows like Maury, Montel Williams and Jerry Springer.  Turn an often told, predictable story on its head with a what if.   You will never be lost for a story idea.


For more on Jenny and her writing, check out her blog HERE
Find her books on Amazon HERE
And follow her on Twitter @jenthom72
Posted by Jill at 12:30 AM