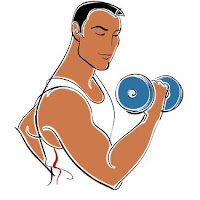 Sunday 7:20 pm
I almost didn’t recognize Clint with his clothes on, but I zeroed in on the Yorkton gym bag on the floor by his feet.  In person, he was even more average looking than on screen.  I pulled myself up onto a counter stool next to him.
“What’s in that?” I asked, indicating the frothy dark green beverage he was sucking through a fat straw.
“Swiss chard, kale, cucumber, ginger, and pear, with wheat germ,” Clint said. “Want to try it?  Lots of fibre and anti-oxidants.”
“Thanks, but I had one this morning.”  Looking at the glass of goopy greens, I bet even a malnourished bunny would reject it.  “I’ll just have a mango smoothie.”  The best thing about mango smoothies is that they don’t actually taste like they’re good for you.  “So what can you tell me about Kitty?”
“Probably nothing much.  We made a bunch of movies together.  That’s about it.”
I found it sad to think that a guy who had sex with Kitty several times could hardly comment on her personality.  “Come on, you must have had some sense of her.”
“Meh.  She used to be pretty all right, I guess.  She could be nice when she wanted to be, and sometimes she’d play practical jokes. But in her last few weeks, Kitty was a bit of a bitch.  I know there’s some superstition about not speaking bad of the dead or something, but you asked.”
“I did.”
“If she was in one of her moods, she’d eat garlic before filming.”
“Yuck.  Would you say she was a contender for Disgruntled Employee of the Month?”
“Pretty much.  She was whining on and on and on about how much the pay was, which I never really understood.  You know, if you don’t like it, then leave.  No one was forcing her to work there.”
Well, probably no one had literally held a gun to her head and made her do the movies, but that didn’t necessarily mean she did them by choice.  Circumstances can be pretty forceful if the chips all fall the wrong way.
“True, but that doesn’t mean she couldn’t ask for a raise. Did she seem to have a hate-on for anyone in particular?  Or was anyone in particular grinding on her?” I asked.
“Besides the owners?  Not that I knew of.  I mean, she really whined a lot and annoyed Tonio and Frankie, but if whining were enough of a reason to kill a girl, then...”
Then what? I thought but didn’t ask.
We were both quiet for a moment as we sipped our drinks.  “What can you tell me about drugs?” I asked after a moment.
“Basically nothing.  I don’t use them at all, which makes me a minority of one at Triple A.   I take care of my body; I don’t even like to take an aspirin.  But just about everyone else there uses something, obviously some more than others.”  I couldn’t help but wonder: If this guy is so pure and clean and fit, why is he working for an x-rated movie company?
“And Kitty?”
He took a sip from his foliage frappe before answering.  “I really don’t know.  Sometimes the girls would go off in a group to the change room and smoke a joint.  The smell is unmistakable.  But I wouldn’t know about any other stuff.”
“What about Kitty’s love life?  On-set romances?  Jealous co-stars?”
“Look at this business: Everyone there has slept with everyone else at some point.  Cast and crew.”
“She had a boyfriend named Corey for a while, but they broke up a few weeks before she was killed.  Do you know if he bothered her?  Ever came around the studio?”
“I saw him one or twice when they were dating and he came to meet her at the end of the day.  She didn’t really seem that into him, but it’s not like I was paying attention.  I remember once after she broke up with him, she said something about being glad to be single.  And something about at least now she only had to fuck at work.  I don’t remember exactly.”
“That’s interesting.  I wonder what she meant by that?” I asked.  I remembered that Raven had said something similar.
“Who knows?”
“Did you go to that convention? XRatedCon?”
“Of course.  A free trip to L.A. and three days’ pay.  Why would I say no to that?”
“Right, but then why do you think Kitty didn’t go?” I asked, taking the last sip of smoothie.  The server came by to see if I wanted to order something else.
“I’m good for the moment, thanks,” I said to him.  “So, why didn’t she go?” I asked Clint again.
He shrugged his shoulders.  “How should I know?”
“Why do you work for Triple A?”
I had to ask.  Not knowing would have driven me nuts.  I mean, the guy looked like he should have been a suburban hubby with a dog, a dental practice, and a baby on the way.
“I make a lot of money, I cum several times a day, I’m just about mortgage free, and if I play my cards right, I can retire before I’m forty.”
There wasn’t much to say to that.

I was walking the two short blocks to Bay station, again with no specific destination in mind.  I walked past a busker with a twelve-string Guild acoustic who was singing Hotel California.  I would probably die happy if I never again heard the lyrics “cool wind in my hair”.  I was about to offer him five buck to play anything but that song when my cell phone rang.  I looked at the call display.   Ahh, Jessica, my other best friend.
“Glad I caught you,” she said.
“What’s up?” I asked.
“I’m sitting at home bored out of my mind.  Want to go for a drink?”
“Of course. I’m always up for a rendez-booze...”
“I also have a craving for mussels,” Jessica said.  “How about the Rebel House?”
One of my favourite gastro-pubs, with a judicious selection of local micro-brews and amazing food, and just a quick cab ride from where I was.
“On my way.”

Sunday 8:25 pm
“So what have you investigated so far?” Jessica asked after I’d given her a thumbnail sketch of my latest case.”
I swallowed a mouthful of delicious barley risotto before answering.  “Well, I spent part of the afternoon assessing Kitty’s body of work—”
“Body of work? That’s a really lame pun.”
“Truly unintentional.  I just had a chat with one of her co-stars.  The guy didn’t really have anything useful for me, but you’ll be impressed to know that the dirty movie biz has provided him with a very comfortable life.”
“And I sling beer for a living, and can only afford to rent a small place until my student loans are paid off.”
Her bachelor’s degree, with its focus on the Humanities, hadn’t exactly launched Jessica onto a lucrative career path, although her quick wit and bright smile netted her some good tips at The Pilot Tavern, where she’s been bartending since undergrad.
“And you never have orgasms at work.”
“Not for lack of trying.  Anyhow, what’s on your agenda for the investigation?
“I think maybe next I should talk to Kitty’s family.  Then maybe I’ll see what I can find out about the guys who run the film company.  Maybe I’ll eventually get to talk to the ex-boyfriends.”
“You have a lot of maybe’s.”
“That’s the nature of the job.  I’ll find out who her friends were, who her enemies were.  Somebody knows something, even if they don’t think they do.  Sooner or later, I’ll catch a break, and then the rest of the investigation—”
“Allow me to interrupt you before you slide into one of those detective clichés, you know, like ‘peeling back the layers of an onion’—”
“Ha ha, or finding another piece of the jigsaw puzzle, or pulling a loose thread on a sweater and unravelling the whole thing—”
“Or blowing on a house of cards, or knocking over a chain of dominoes.  Anyway, what does your sixth sense tell you so far?”
“I’m not sure, but what I do think is that - because of who she was and what she worked at – it’s no wonder that Kitty isn’t at the top of the cops’ to-do list,” I said.
“That’s just wrong.”
“Of course it is, but that’s reality.  A wholesome girl from the suburbs would get their attention, or a successful businessman, or a nun, or something. A victim that people care about.”
“I guess the cops can only do so much, but still...”
“I know.”  I took a sip from my pint of cider.  “Obviously, nobody deserves to be killed, but I really get a feeling that she was killed for nothing.  So far, I can’t see any good reason why anyone would have wanted her dead.  With most murders, there’s a strong motive: revenge, money, lover’s triangle, they knew too much... Something.  I don’t get the sense that anyone would be advantaged by Kitty’s death.  I just don’t see it, at least not yet.”
“It sounds like she was more valuable alive, at least for the movie guys,” Jess said.
I nodded and reached over for another one of her mussels.
“Need any help with the case?  I’ve been bored lately,” Jess offered.
“Who knows? Maybe I’ll get you to do surveillance at the porn studio.”
“Sure. That’s on my bucket list.”

Derek texted me just as Jessica and I were settling the bill.  He asked me if I wanted to go over to his place and pick up where we’d left off last night.   Or, more accurately, where we’d left off this morning.  Of course I said yes.  It was nice to have an appealing option that kept me from intruding on Shane and Lindsey’s alone time.
I’m so thoughtful.
Posted by Jill at 12:30 AM