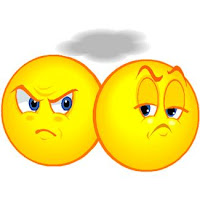 Monday 10:35 pm
Derek had texted me while I was pacing around the Triple A studio.  Since the poker guys were all at my place, I’d enthusiastically said yes to his suggestion that I come over.
Except that I was regretting it now.
“You don’t need to get your own place, you know,” Derek said, after I told him that I thinking of moving out of Dad’s.
Ever since referring to me as his girlfriend the other night, I’d been very aware of the fact that we were moving at two different speeds; mine hovers somewhere around glacial.  I am crazy about him, but the thought of commitment really freaks me out.
“My place is big enough for both of us,” he said.
My knees almost buckled at that.  “As amazing as you are, babe, it’s not a matter of being with you more.  I just want my own space.”
“I could put this place on the market and we could look for something together.”
Oh oh.  More buckling.
I could think of a million things I’d rather do  - like drink a Marmite and Drano smoothie – than have this conversation right now.  Serves me right for yakking about it before I’d thought it through.   Gawd, how I sometimes wished that my mouth were in my left buttock instead of being right next door to my brain.  Some thoughts should have to be tempered by distance before being verbalized.
Derek is awesome.  He’s very handsome, with thick dark hair, expressive eyes, a firm jaw, and a dynamite smile.  He also has a great sense of humour, a sharp intellect, and is fantastic in the sack.  What more could I want?
In a word: Independence.
In my band days, during my twenties, I had shared a house with friends for a while, and then later I had lived with a boyfriend.  That had been a huge mistake, but fortunately, it had been short lived.  So, it’s not as if I’ve never left the roost.
Derek continued, “We could look for a house, maybe a three bedroom.  That way, we could each have our own home office.”
“It’s not the size.  I’m just not sure I’m ready for such a big step.”  I could feel my neck stiffening.
“We’re together all the time any way, or at least we are when our work schedules coincide,” he said.
“I’m just... It doesn’t... It’s about more than just being with you or not being with you or how big the house is.   I’ve always lived with other people.  I’ve never been totally on my own.  I need to do that.”
“Why? You know you can take care of yourself.  You don’t have to prove anything.”  He reached over to put his arm around me, but I pulled back.
“It’s not a question of proving.  It’s a question of wanting,” I snapped.  I could feel my neck and shoulders knotting right up – quite the contrast to last night when Derek had been nuzzling them.
“Isn’t that a little indulgent?  I mean, look at Toronto real estate prices and rents.”
My teeth were beginning to ache.  I couldn’t see this line of discussion taking us anyplace I wanted to go, and I wished again that I had kept my big mouth shut.  I wished I had just gone home and joined the poker players, whether they wanted me there or not. “I’m aware of what it costs to live in this city.  I’m also aware of the fact that I can decide what to do with my money.”
“Whoa... I’m not trying to tell you what to do.”
It sure felt like he was.  “I’m too tired to think about this right now.  Let’s just go to sleep.”
For the first time since we started seeing each other, we went to bed without having frenzied firecracker sex.  I tossed and turned for about two hours, then finally slipped out of bed.  I dressed in the dark, and then skulked down to the lobby, where I got the condo concierge to call me a cab.
I’ve really got to get my driver’s licence.