Reflecting on the Past Year by Vanessa Wester

The year 2013 is fast coming to a close and it’s a good time to sit back and reflect. At least, it is for me anyway. Since 2010, my life has entered a rollercoaster ride called writing. To be honest, I should have seen it coming a long time earlier but I was a bit of a chicken. Truth be told, ever since I held an iPad and downloaded books via iBooks I was smitten with the idea of a virtual book, although anyone who knows me will tell you that I still prefer to read paper copies!

What I was mainly drawn to was the idea of doing something without the approval or hassle that goes with a “real job”. Also, let’s face it, I loved the idea of getting free books and downloaded all of the classics (some of which I am still to read!)

However, before I saw virtual books on my iPad my writing was destined to remain a private venture. Until that point, I had no idea it was possible to publish a book on your own. When I kept seeing “published by smashwords” I got curious. For those of you coming into this now, an eReader like a kindle, Kobo, Nook, etc is probably something you have heard of and accept as an alternative way to read. Back in 2011, when I was given my iPad (millions of years ago) it was still an alien concept. I relate it to Videos becoming DVD’s & Blue rays, and records to tapes, then CD’s, then everything goes virtual… progress will happen regardless.

So anyway, the point is I wrote a book, the first of a series, HYBRID. I sent excerpts to some agents, and in January 2012 I got a two nice rejections (i.e. my name & address was on the letter and they seemed genuinely apologetic to say no). It was at this point that I decided to go it alone after reading some great articles by David Gaughran on The Word Cloud. I also wanted to share my writing in an easier, more protected manner. I had downloaded excerpts on Booksie & The Word Cloud, but I have to admit I was worried anyone could just copy my writing and use it as their own. I also attended The Festival of Writing in 2012 and got some excellent feedback from agents and a book doctor, as well as a bunch of notes.

I did have a lot of fun on Booksie though, teenagers are fantastic writers! The advice and feedback I got via critiques on the word cloud was also brilliant. There are a lot of nice people out there willing to give a helping hand to newbies! Once I was reasonably happy with HYBRID, I spent weeks going over The Style Guide by Mark Coker. I decided to publish on smashwords first – I did not own a kindle!

Smashwords is great and I learnt how to make the book look professional since they are strict on criteria there. If you have not done it right, you will not get approved for premium status (which takes you to the major retailers). I have seen a lot of books downloaded to Amazon over the last year which have had issues with formatting – they would never have been approved by smashwords. So, personally, I suggest authors try smashwords out since it is easy (& free) to download your book once you have published to check it looks right, etc.

The only problem with smashwords is… and some of you out there will know this already… sales, or lack of! Amazon is the giant when it comes to sales. And, as I soon found out, most of my friends had a Kindle. So, I quickly realised Amazon was the place to be. I am glad that I went through smashwords first though since my first readers were mainly friends and family and they helped me spot the errors, etc. I had made.

If you can afford it/ believe in your writing strongly enough DO get an editor/ proof-reader. I had help from friends and edited my books myself. I do recommend you print out the novel and read through with a highlighter/ red pen! Then make the corrections and edit again and again and again… oh, and if like me your grammar is not too hot, read a book on grammar. I have learnt a lot in 2013! I can’t change the past, but I can move forward… and I love the fact I can make corrections myself and have the new version out for readers.

Anyway, so in the space of 2 1/2 years (I started Hybrid in June 2010) I wrote the 3 novels in my Evolution Trilogy… HYBRID, COMPLICATIONS, and RETURN.

The Trilogy is a reflection on a lot of my experiences in a paranormal/ fantasy setting. I think we all take a part of us and impose it on our writing. Our ideals, morals, expectations, dreams… in my case, I had fun. I loved making characters do things I have never had the guts to do (and can’t do since I am petrified of heights!) I did want to write about women in different settings and our attitude towards relationships. If you fall in love then you should both be prepared to make sacrifices for each other and accept the consequences of your actions.

I don’t like stories that make it all about the couple and their perfect ending… I have to admit that when I watched the Disney movie Frozen recently I cheered at the end. Not to give a spoiler but it was nice to see the main character, Anna, saved by something other than “true love” in the typical sense.

My catch phrase for the Trilogy is ‘In the game of love, destiny is the winner…’

I believe this is true. Sometimes things happen in life that you do not expect or want. You fall in love, out of love, lose track of friendships, find out a loved one has passed away, are unable to fulfil a life’s dream or ambition, experience depression or feel lost – nothing is ever candy coated all the time.

Writing enabled me to put some of my thoughts and ideas down and get them out of my system via my characters. It allowed me to create a society I would want to live in, whilst appreciating that nothing is ever perfect… and it allowed me to have FUN!

Once you have children your life becomes secondary. My children (followed closely by my husband of 13 years – he is a patient man…) are very important to me. But, truth, when I became a mum, I also became the cook, child-minder, cleaner, taxi, etc… nothing I did was just for me. Writing was to become my escape, my sanctuary.

Honestly, since I learnt to publish my books I have lost some of the passion I initially had for writing. The focus turned too much towards marketing via Blogs, Twitter, Facebook, LinkedIn, Pinterest, etc, etc,etc… BUT, social media has allowed me to meet the most amazing people, such as Jill, and a host of others… truly inspirational writers and people, some who overcome personal issues by writing.

I also decided to publish books to raise money for charity and have now published three anthologies for all and three for adults.

So, to go back to 2013… I completed my Trilogy and published 4 anthologies! My paperbacks are on sales via the Indie Pop Up Bookshop, and most bookstores in Gibraltar (including Morrison’s) and my eBooks are on sale all over the world via Amazon, Smashwords, Barnes & Noble, Kobo, Sony eBooks, eDiesel, etc, etc…

Whatever happens… I tried. 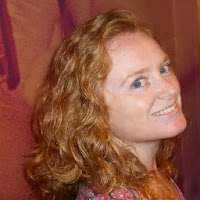 As a thank you for reading this post, you can read my debut novel, Hybrid, as an eBook for FREE – all links found on my site for The Evolution Trilogy.

I hope you enjoyed reading this and I wish you all the best in your writing and for 2014… your dreams can become a reality after all.