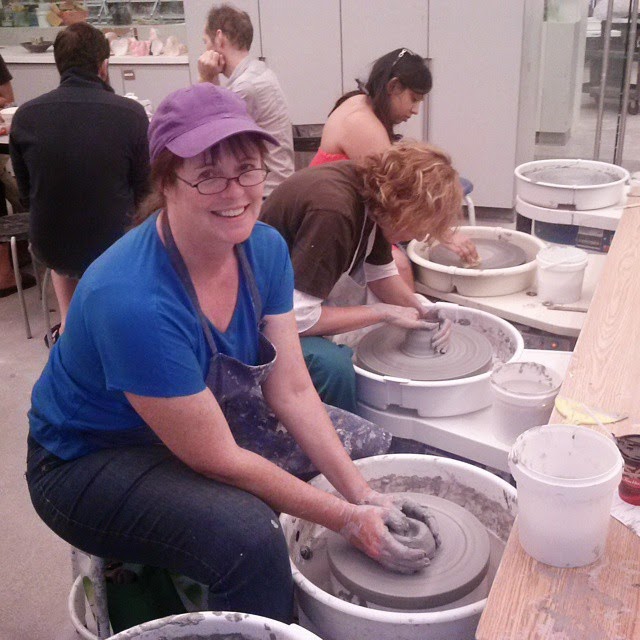 One things I've always wanted to learn is pottery.  The idea of moulding something while the wheel spins has long appealed to me.  Finally, last night, I tried it for the first time ever, and it was a lot of fun!

I joined a drop in class at the Gardiner Museum (here's the link).  The class is about two hours and costs only $15, which includes all materials (although firing your piece(s) is $5 extra).

I can't say I was a natural, but that hardly matters.  The clay didn't seem to want to do what I wanted it to do, and I sometimes forgot about the speed of the wheel - my foot would lean down and suddenly the whole damn thing spun out of control and a few bits went flying - luckily not too far. The woman sitting next to me was very nice and very patient.  My jeans were pretty much grey by the end of it, but who cares?

I made two pathetic little misshapen vases and paid to have them fired.  I'll go back sometime next week to paint my sad little creations.  I'm looking forward to the next class!

Update (photo) added July 26th:  I returned the following week to paint the works of art I had created in the previous class.  That, plus they let you paint "abandoned" pieces that people made once upon a time, but never picked up.  So, I painted (glazed) four pieces (two that I had made, and two "abandoned" pieces).  Plus, made one new creation.  I'll go back again next Friday to make another mess. 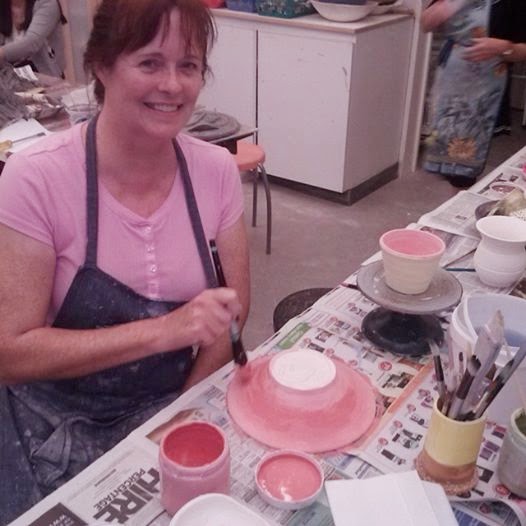 UPDATE - August 22nd:  I finally went back this week to pick up my fired and glazed pieces.  Wow - you really have to put the paint on think (several coats).  The yellow bowl and the orange flowerpot were not made by me; these were "abandoned" pieces that I just painted. 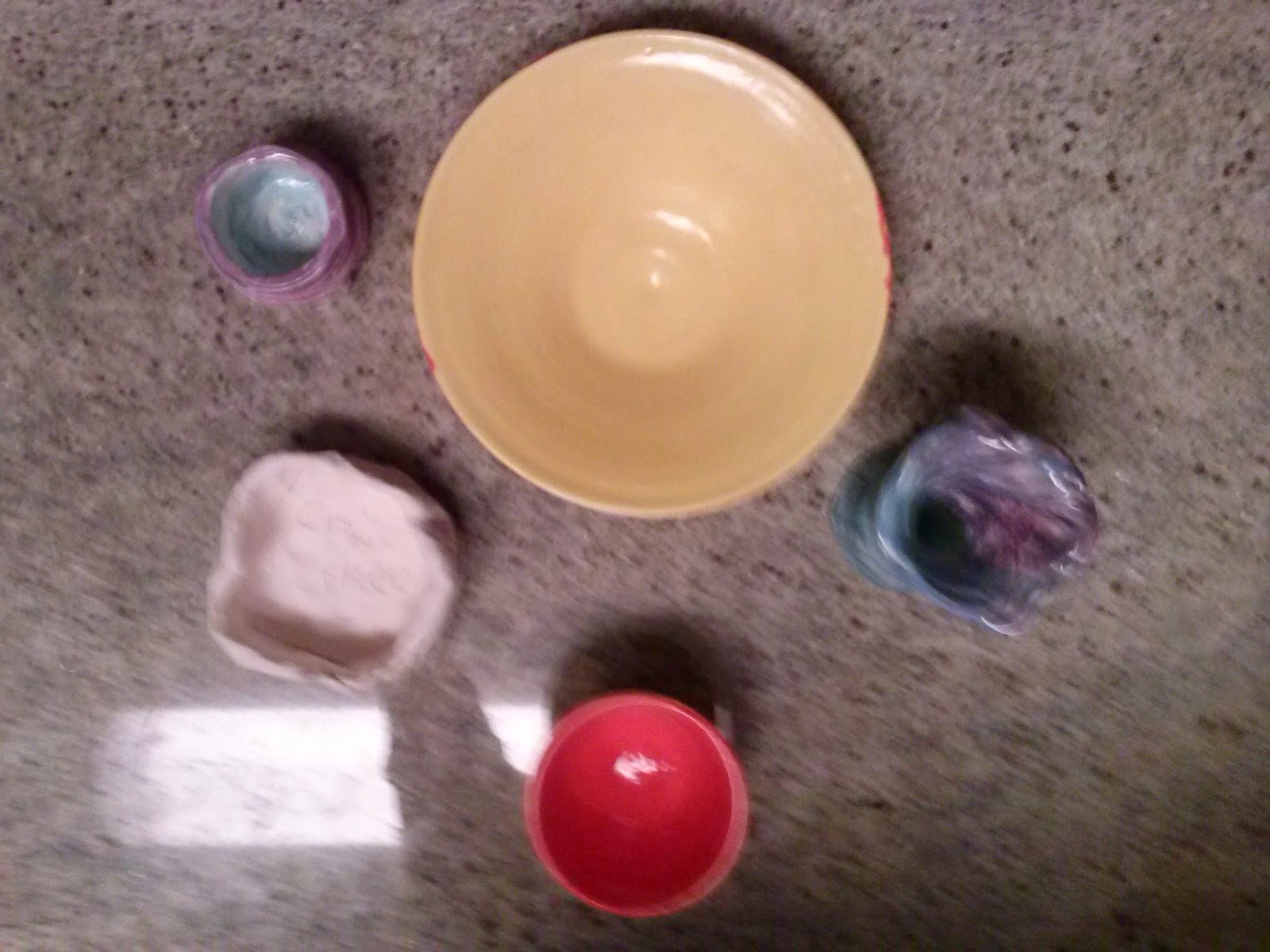 My works-of-art from start to finish are the misshapen vase on the right, the paperclip holder (?) in the upper left and the unpainted dog food bowl for Chico.  I had a lot of fun doing this and learned a lot.  I'll definitely go back again for another drop-in class.  It's a great way to relax and let your mind go. 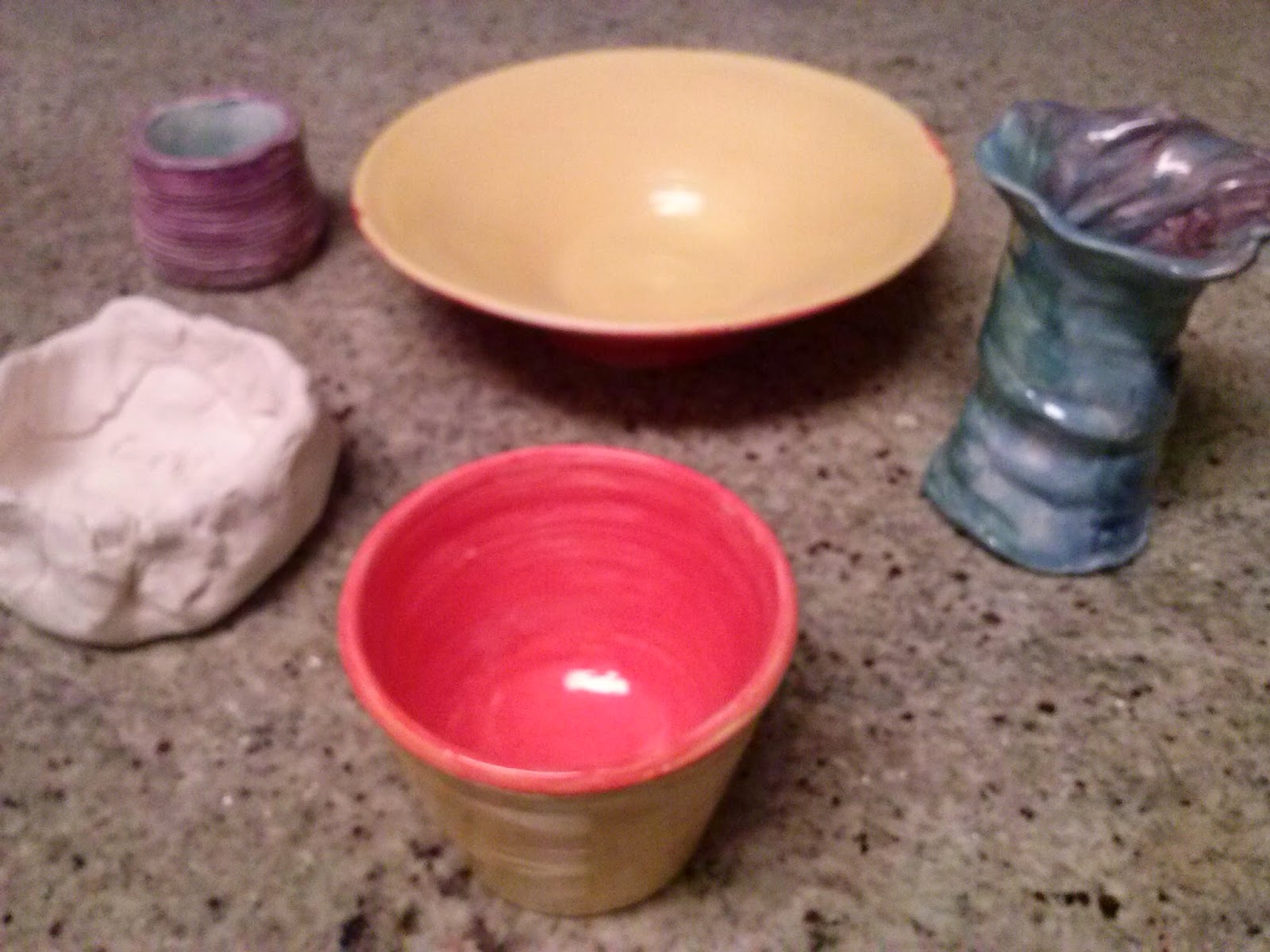