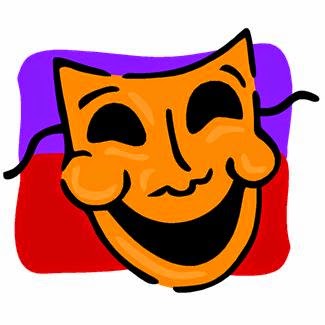 YAY!  Tonight was the first class of an intensive Improvisation course I just signed up for.  It feels so good to be back at it!

I've taken many improv classes over the years.  I've done a couple at Second City and did the first four levels of improv training at the now defunct Bad Dog Theatre Co.  In either case, I've been away from it for a few years.  Man, have I missed tapping into that side of my brain, into that type of creativity.  So much fun!


Like so many of the other things I've been doing this summer, it's not about prowess or talent - it's about doing something enjoyable (but if I may say so, I'm not terrible at it!)

We did a number of games and activities (making an offer, saying yes, listening, establishing the space/scene) that I've done before and it was cool to feel so comfortable right from the outset doing these things.  Throughout the course of the evening, I became a peeping tom, a raccoon hunter, a champion bowler, and I spiked some chick's drink with a roofie...  Okay, none of that really happened, but all of it was believable for that moment.

There was great energy in the room (classmates are various ages, various levels, various backgrounds), and everyone was laughing quite a bit.  Awesome!