“There are three rules to writing a novel;
unfortunately no one knows what they are.”
-W. Somerset Maugham

I love this quote! Aside from a good laugh, it also reminds me that no writer has the
formula for success. However, I will add that the only way for an author to improve is to
write, read, edit and then write some more…a lot more!

One aspect of the craft that I’ve been refining involves characterization. Specifically, that
the conflict I’ve written for the character not only suits “how they’re wired” but that their
reaction is believable, too.

Since I write fantasy, you would think that it wouldn’t matter if a character has an 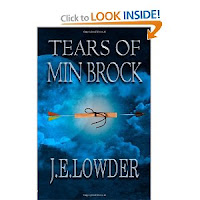 unrealistic reaction to a particular scene, but this is far from the truth. Even fantasy buffs cry foul when a character behaves in a different manner. But what if you want your character to respond differently because you are taking them in a new direction? This was the challenge I faced in Chapter 5, “Sevritts of Ebon” from Tears of Min Brock. The following is from the original manuscript:

Gundin helped Quinn to his feet. The attack had subsided his madness and he scanned the faces of his neighbors with the eyes of a seasoned warrior. They stood passively about, dazed and stunned.

In the previous chapters, I established the fact that Gundin returned from the Dark War
lost in delusional daydreams. In this chapter, I wanted the Ebonite attack to snap him
back to his form warrior-self. The problem with what I wrote is that this directional shift
seems unrealistic because I didn’t give enough explanation to my readers.

Years later, I worked with my first publisher and corrected it with:

The Ebonite’s March of Reeds had snapped Gundin from his delusions, and he felt
strength and courage flow once more through his veins. Quinn lay on the ground
wounded. Helping him to his feet, Gundin scanned the faces of his neighbors with the
eyes of a seasoned warrior. They wore dazed expressions.

At the time, I was happy with this rendition, but when my contract ended and I began
anew with my current publisher, I knew it could be better. So I had a thought.
“What if I write from Gundin’s perspective?” Here’s the result: 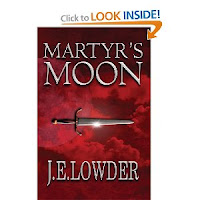 Gundin did not remember how he got to the middle of Hetherlinn. Nor did he recall Quinn yanking him from cottage Number 7 or how they made their way past screaming women and terrified children. Even the thundering hooves of their enemy entering Hetherlinn did not stir him from his delusions.

It was no wonder he stared glassy-eyed at the Ebonite cavalry that encircled the villagers. Within his mind, he was back in the Dark War, leading a charge of men toward an Ebonite stronghold. This dissolved into a vignette in which he sat with his men around
a campfire sharing pipes and stories.

Amidst his fantasy, he felt the ground shake. He tried to make sense of it, but could not,
for the rumbling was coming from somewhere beyond his illusions…

For the sake of time, I’ll stop there, but I think you get the idea. Not only is this more
interesting to read, but we learn how fragile Gundin’s mindset is and just how frightened
the villagers were during the Ebonite attack. In addition, later on when Gundin asks for
two volunteers, I am able to propel him into more conflict only now as a revised
character.

I hope this helps, or inspires, as you continue to hone your craft!