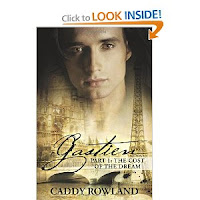 Writing by the Seat of my Pants


Let me tell you right up front that I’m an arty kind of gal, a rebellious kind of gal, the kind of gal that always got “does not pay attention to instructions” written on her report cards in school. Yeah, that was me. Always coloring outside the lines (literally) because I felt predictable and boring staying within boundaries. In case you haven’t figured it out yet, besides being a fiction writer I am an artist. 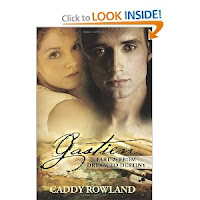 Before writing my first novel, I read all kinds of books about writing. They all talked about how important it was to outline your book. Do a story board, they said. List the characters, their likes, desires, strengths, weaknesses. List the goals and the conflicts. On and on and on. Hey, great. It works for some people, I get that. And you know what? Perhaps they’re better writers for it. All I know is, if I had to plan out my whole book before writing it, I’d be bored before I even sat down to write the actual first chapter. 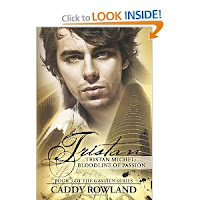 I had that same problem with acting in high school. I would get some great parts; could knock it dead in auditions. Unfortunately, by the time performance night came around, I was bored sh*tless by the character and their situation. Move on, already, would ya? It was agony putting feeling into those same old scenes over and over, keeping them fresh. It was harsh reality that the movie star I had dreamed of becoming as a little girl would never exist – because I’d go into a coma or go nuts and ransack the movie set before any scene could possibly be finalized! 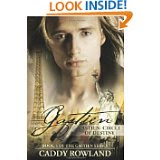 So, like with most things in life, I decided to write my own way. I know it’s not original. Others do it. Many frown on it or scratch their heads in puzzlement, wondering how anyone can write a book without knowing what’s going to happen in it. That’s okay. I absolutely love the challenge, the fear, of not knowing what’s going to happen. Not knowing keeps me coming back to the keyboard. Not knowing keeps my mind sharp, my inner self that needs to tune in to the characters and let them do the telling instead of me.

The best part? I don’t even know what characters are going to show up! Oh, I know the main character. A little. Like, maybe, 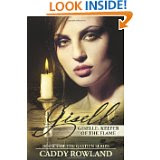 a vague idea. But as I work, all of a sudden – BOOM – a new character appears. As the words show up on the page, the character’s looks gel, their personality blooms, and sometimes they become an extremely important part of the story.

Some of my favorite characters happened just like that.  Aunt Odette in Gastien Part 2. Liz and Billie in Tristan. Keith and Tommy in Gastien: Circle of Destiny. These new characters thrill me and endear themselves, making the story more complex.

Since I wrote a five book series, some things had to be remembered and brought up again. And I had a few ideas that I wanted to see happen. But did I make a storyboard? Um, no. I use a sheet of paper with one word on it for each thing: Watch. Azure. Gangster. They mean nothing to anyone but me, and I know exactly what I need to write by those single words. At least, the idea. The words just come.

How?   I already told you. The characters tell it, not me. 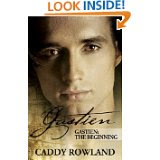 When young Gastien Beauchamp flees the farm for Paris, the late nineteenth century bohemian era is in full swing. Color has always called to him, beseeching him to capture it on canvas and show people a new way of seeing things. His father belittled his dream of being an artist and tried to beat him into giving it up. The dream wouldn’t die, but Gastien would have had he not left.
He also yearns to become a great lover. After the years of anguish he has endured at the hand of his father, it would be heaven to feel pleasure instead of pain.

However, the city of Paris has a ruthless agenda. Unless a man has money and connections, Paris unfeelingly crushes dreams and destroys souls. With neither of the required assets, Gastien faces living in alleys, digging in trash bins for food, and sleeping where a man is often killed for his threadbare blanket.

Left with nothing but his dreams, Gastien clings to the hope that the impossible is possible. He pushes on, regardless of the cost. 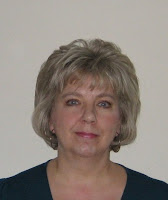 Buy links for Gastien Part 1: The Cost of the Dream:


Look for Caddy Rowland’s new series coming out in the fall of 2013. It, too, will be dark drama. It is about a sixteen-year-old girl who runs away from home, gets abducted to become a prostitute in an upscale house of ill repute, and vows to take down the owner and some of the powerful men who come to use underage girls. The “There Was a House” series: a Four Part Story of Revenge. (First book: House of Pleasure.)
Posted by Jill at 12:30 AM