"What I learned from Nancy Drew and Scooby Doo" by K.B. Owen

Guest Blogger: K.B.Owen on:  What Nancy Drew and Scooby-Doo Taught Me About Writing Cozy Mysteries


I’ve been a mystery fan ever since I can remember.  Not even graduate school – a place where the genre was considered “low-brow,” forumlaic, and barely literature at all – could dim my enthusiasm for mysteries.  I loved the classic authors, of course –  Doyle, Christie and Sayers – as well as the exciting new authors coming to the forefront at the time, such as Muller, Grafton, Deaver, Paretsky and Perry.  Locked rooms, secret passageways, the “footprints of a gigantic hound” – I couldn’t get enough.

But it was Nancy Drew and the gang of Mystery, Inc. who were my original inspiration.  They remain with me even today, as I write mysteries about an 1890s female literature professor who lives and teaches in a women’s college, getting into all sorts of trouble in the process.  A strange combination, wouldn’t you say?  Has Jill gone ‘round the bend in picking her guest authors now?  Ah, the connections may surprise you.


Lessons in constructing a cozy mystery, courtesy of Nancy Drew and the Mystery Inc Gang:


1.       Give your character freedom:  You want as many opportunities as possible for your character to stumble into some serious trouble.  In the Nancy Drew mysteries, for example, the extent of Mr. Drew’s parental oversight of his daughter is a frown and an admonition: “Be careful, Nancy,”as he hands her the keys to that sweet red roadster.  In other words, the sky’s the limit.  And did you ever notice that we never see the parents of the Mystery Inc gang?  Who’s keeping track of these teenagers as they drive all over creation, in search of the next mystery or groovy concert?  And who’s paying for the gas?  The only treasure they ever find is useless Confederate money.  No wonder they stumble upon a mystery with each wrong turn.  It’s a good thing for the Hanna-Barbera audience that GPS wasn’t invented back then.

2.      Use humor:  If placed carefully, humor dissipates tension quite effectively. Shaggy and Scooby’s hunt for a 3 a.m. snack in a haunted house can be just the ticket when things are looking oppressively gloomy.

3.      Create sidekicks:  These characters are valuable assets in a mystery, on several levels.  Bess and George, Nancy’s sidekicks, are at the extreme ends of the femininity continuum, with Bess being the tentative, somewhat hedonistic girly-girl and George the outspoken tomboy.  Nancy is the happy middle between the two.  They act as her foils, her partners, and her sounding board.  Otherwise, Nancy would be deducing aloud to herself.


4.      Include mannerism and dialogue “tags”:  These have value in reader/viewer identification and series branding.  The cast of Scooby-Doo is a fabulous example: 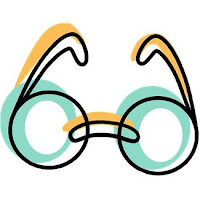 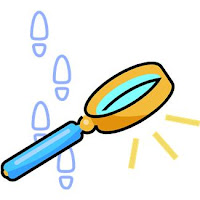 5.      Daring and ingenuity make a great combination:  These qualities in a protagonist can propel her/him into and out of sticky situations.  Nancy and Velma are great examples, and even fearful characters like Scooby and Shaggy will rise to the occasion.  This may seem like a “duh” point to make, but the current fiction trend seems to be leaning toward deeply flawed and internally-tormented protagonists (not that there’s anything wrong with that, LOL).  While many of those types are done superbly,  I think it’s good to give yourself permission to buck the trend, if that will serve your purposes.  The protag can still be three-dimensional, with flaws and blind spots.  I like some daring in my mystery characters.  I still remember one example of physical derring-do from the Nancy Drew mysteries: the bad guy leaves Nancy in an old well - in the dark, with rats - and no way out.  She uses old nails and bits of broken wood scavenged from the floor to dig toeholds in the dirt walls and climb out.  I loved that.  I’d never want to do it, but I got a kick out of reading about it!

6.      Using Formula:  Don’t be afraid of using some formulaic elements, as long as you can put a fresh twist on them.  Formulaic doesn’t have to mean predictable.  Perhaps this is more true of the genre-writing that I do, but in my opinion it increases reader pleasure and engagement.  Although not necessarily what one would duplicate in literature, Scooby-Doo is my favorite example of a fun formula.   During any given episode of the original series, the viewer knows that the following will happen:

Whether or not these “lessons” are ones you would adopt in your own writing, I hope you enjoyed this look at two classic childhood sleuths/sleuthing teams!


Do you have any favorites that influenced you?  Jill and I would love to hear about them. 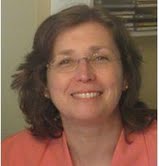 K.B. Owen taught college English for nearly two decades at universities in Connecticut and Washington, DC, and holds a doctorate in 19th century British literature.  A mystery lover since she can remember, she drew upon her teaching experiences in creating her amateur sleuth, Professor Concordia Wells.  Unlike the fictional Miss Wells, K.B. did not have to conduct lectures in a bustle and full skirts.  No doubt many people are thankful about that.
She now resides in Virginia with her husband and three sons.  She recently finished the second book in the series, and is busily planning Concordia’s next adventure.

Order DANGEROUS AND UNSEEMLY  from one of the links below:


Amazon ebook
Scribd
Barnes and Noble
Posted by Jill at 12:28 AM