Talk to me about Ethan, the main character in Murder and Other Distractions.  How did you come up with him?  Why do you think readers sympathize with or relate to a pot smoking, taco eating slacker? Ummm, how much of you is in him? (Answering this is in no way an admission of pot-smoking or taco eating...)


I’ve smoked pot and eaten tacos—the former sometimes leads to the latter. So I have that in common with Ethan, and millions of other people. 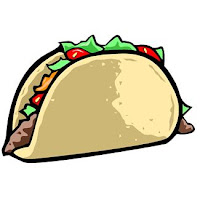 I don’t want to give away the ending of the book, but I’d actually worry if someone told me that they relate to Ethan or sympathize with him. Actually, I might even call the cops, if they said that. Let’s put it this way: for a while I considered calling the book Unlikeable Hero.

That said, there’s an element of truth to Ethan, especially for guys. I’ve been told that his internal monologue is what a lot of guys think, but don’t say. I’m not sure if that’s true for me, but there are times when I wish I had the real life balls for one of Ethan’s sarcastic quips. Then again, I don’t like getting punched in the face, so maybe it’s good that I pass on the sarcasm.

You’ve published several articles in publications ranging from Bitter Lawyer to Penthouse.       What made you decide to try your hand at novel writing?  In what ways do you think your other forays into writing helped you as a novelist?

I always wanted to write a novel, but I needed a day job, and I figured writer/reporter would be a pretty good place to start.

No matter what you’re writing, you’re always thinking about what the story is. A novel is just a really big story, so you learn a lot by making a news story or feature work because you learn to ask questions.
A few years ago, Penthouse hired me to write a feature about guys panning for gold in the hills outside of Los Angeles. Sounds crazy, right? Well, yes and no.

Turns out, there’s more gold currently in the ground than what was mined during the California Gold Rush. But according to a government geologist I spoke with, that gold is buried so deep that it will take thousands of years—and hundreds of earthquakes—for it to reach the surface. A fact like that could have ended the story with a headline like Morons Dig For Gold Despite Overwhelming Scientific Evidence That They Will Fail. But I wanted to know why these guys were out there, day after day, if they weren’t finding much. Asking that question led me to the real story—the power of gold fever.

Once I saw that gold fever was real, I was able to put other motives like high unemployment and the rising price of gold into perspective. It also helped me focus on the right status details of some of the people I met hiking around in the mountains. Some of those guys were great characters, even if they needed a bath and some serious dental work.

Humour may not be the first thing one thinks of as a characteristic of crime fiction, but one would quickly notice its absence.  In The Fine Art of Murder, author Jon Breen comments on “gallows humour” in hardboiled fiction; fans of Robert B. Parker’s Spenser novels or Robert Crais’s Elvis Cole mysteries often comment on the witty repartee, clever quips, and amusing wordplay in the books.  Talk to me about the dynamics between dead bodies and laughter.


Death is inevitable and universal—hardly a great revelation, right? But we all react to death, even if we choose to ignore it. Some of us, and I’d certainly put myself in this group, choose to laugh about death because laughing beats crying.

The most interesting part of the dynamic between dead bodies and laughter is perspective. Look at the Darwin Awards. I’m sure the family members of people dumb enough to win a Darwin Award would call their loved one’s death tragic. But is it really tragic if you died in such a stupid way that the gene pool is actually better off without your contribution?

In Murder and Other Distractions I wanted to tell a story about a really lousy murder suspect. The deaths in the book should give Ethan a new perspective on his life. But he’s so wrapped up in his own crap, that I think he misses the big picture, which is that he’s about to go to jail for murdering his ex, and she didn’t care about him nearly as much as he did for her. I think you can see that as sad, but viewed from a certain distance, it’s also funny, especially if you’re a little twisted.

What can you tell me about your current work-in-progress or next release?

There’s a lot more to say, but I don’t like talking too much about a work-in-progress. I outline and I send early pages to a few readers, but I don’t go wide with drafts because I find that if you talk about a manuscript too much, there’s a tendency for things to become set in stone, which is dangerous because rewriting is where you make your money.

The publishing world has undergone a sea change in the last few years.  Put yourself back about six decades.  Do you think you still would have written a novel in a pre-Internet world?  What kinds of feedback or reactions might you have gotten in a 1950s pre-Amazon era?  Would you have even bothered writing a novel back then?

Stepping out of Doc Brown’s DeLorean, I’d have to say that I might be a little discouraged. Even though there were more publishers back then, the industry was really built around the idea of gatekeepers. A manuscript lived and died based on the opinion of a very small group of people. Those people worked in a defined genre and relied almost exclusively on their own tastes.

While I think that editors and publishers are important, the old model really didn’t give us as much diversity as we have today. Murder and Other Distractions benefits enormously from that diversity. Some people choose to see it as a crime story or murder mystery, but I’ve had other readers tell me that it’s more of a dark comedy with elements of noir. And some people see it as literary fiction, although I prefer not to market it that way.

What I love about today’s publishing environment is that authors aren’t constrained by narrow categories and they aren’t kept out by narrow-minded gatekeepers. Does that mean there’s a lot more noise? Sure. But I don’t know if I could have published Murder and Other Distractions sixty years ago because I probably would’ve gotten a lot of pushback to make it a straight genre piece. 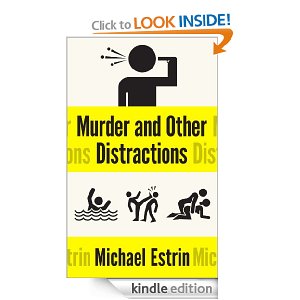 The reviews on Amazon for Murder and Other Distractions are interesting – many are very, very positive, but a couple are negative.  In either case, reviewers have much to say – they give specifics, and are generous with superlatives -  about your book  (except one Master of Rhetoric who wrote: “I thought that this book was funny, as well as deep. Well worth a read. Blah blah blah blah blah”)  I know you’ve previously blogged about why one star reviews make you smile, but for those who missed that, give me some of your thoughts on writing that provokes a response – any kind of response.


What’s the point of writing if you don’t get a response?

Some reviews do get under my skin, though. Like this one:

“No story to it just this guy who like [sic] to talk about what a stud he was.
Never finished the third page.”


I’ve been a professional writer for 10 years, but even before that I loved to write. When I was in school, I’d always load up on classes that were heavy on writing. Honestly, I’m not sure I want to do anything else. I write six days a week, and when I’m not writing I feel off. So writing is just something I have to do. It’s how I make sense of the world.

But I also get bored rather easily, so maybe that’s why I tend to jump around. It may not look so good on a resume, but it makes for an interesting bio.

Think of any book (or movie) that you really liked, or really enjoyed... That is, until the end.  You just didn’t like the ending for whatever reason.  What book or movie ending would you like to revise?  What would you change it to?


I’m not sure if I have a specific book or movie in mind. Personally, I like ambiguous endings. Even if things work out, how do we really know they lived happily ever after? Life goes on. People do heroic things and then die in silly ways. Bad guys do awful things and then go on vacation.
That’s not to say that I’m for random endings. The ending needs to make sense with the story. But it doesn’t have to be tied up in a bow, either.

Look at the endings of The Sopranos or Seinfeld. People argue with me whenever I say they were both pretty right on. But for me they worked. Do we find out what happens to Tony? No. But we do get an honest answer—the life he leads will weigh on him every second of every day until his last day. Same thing, different story with Seinfeld. The characters on that show had been going in hilarious circles for more than a decade, but they really hadn’t changed. If you listen to the conversation Jerry and George have in prison, you realize the whole story has come full circle, which in the Seinfeld world means we’ve gone nowhere and done nothing—perfect.

Your house is on fire and you can only save three books.  What are they and why?


I have an iPad and I listen to most of my books on Audible through my iPhone, so the cloud makes me somewhat fire-proof, I suppose. But my wife and I really do cherish the book collection that sits in our living room. A lot of those books are coffee table books, which I love to look through for inspiration. So here’s what I’d grab while running out of a burning house:

The last question is a bit of a freebie: What is the one question you wish I had asked you but didn’t?  Now go ahead and ask and answer that question.

Do you really hate Tito’s Tacos?

No. I actually ate there a lot in high school. They make a hard shell taco with bright, orange cheese and ground beef that your mom would make on taco night. But they probably do it better your mom, or anyone else. 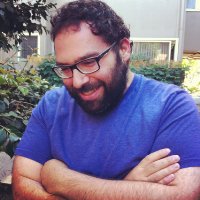 Tito’s comes in for some tough criticism in Murder and Other Distractions, but here’s the thing: the critic is Ethan, and I think one reading of the novel is that he’s wrong about everything. No sane person would ask him for career or love advice, so I’m not sure why we should trust his instincts on where to get a good taco.

Check out Murder and Other Distractions on AMAZON