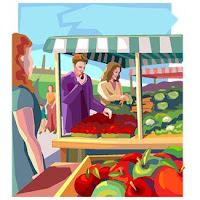 I tilted back my chair and closed my eyes.  Even though no one had said anything that made me seriously suspicious of Corey, the fact that he’d blown me off twice made me twice as eager to talk to him.  I knew better than to phone him again though.  It suddenly occurred to me that my ex-boyfriend, and occasional band mate, Mick could help me out.
Mick owns a motorcycle, a monster of an antique Harley that sounds like it uses steroids and chainsaws for fuel.  Mick had helped me with some of my cases in the past, and had put himself in danger by doing so.   Surely, visiting a motorcycle showroom couldn’t possibly be as risky as posing as my betrothed?
“You don’t have to pretend to be my fiancé this time,” I said after telling Mick that I needed a favour.
“If the favour involves guns, hookers or spray paint, count me out.”
“I want to check out a motorcycle shop.”
“You never wanted to do that when we were dating.”
I explained what I had in mind.
“This sounds like a delightful disaster in the making, and I’ll do it.  The only thing is, can we hold off until tomorrow?  I’m a little tied up right now.”
“Tomorrow’s fine.”