Excerpt from Gastien: The Cost of a Dream by Caddy Rowland 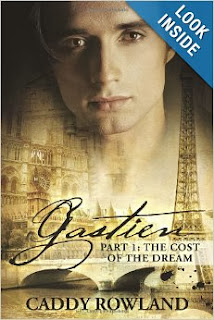 Gastien: The Cost of a Dream

SYNOPSIS:
When young Gastien Beauchamp flees the farm for Paris, the late nineteenth century bohemian era is in full swing. Color has always called to him, beseeching him to capture it on canvas and show people a new way of seeing things. His father belittled his dream of being anartist and tried to beat him into giving it up. The dream wouldn’t die, but Gastien would have had he not left.

He also yearns to become a great lover. After the years of anguish he has endured at the hand of his father, it would be heaven to feel pleasure instead of pain.
However, the city of Paris has a ruthless agenda. Unless a man has money and connections, Paris unfeelingly crushes dreams and destroys souls. With neither of the required assets, Gastien faces living in alleys, digging in trash bins for food, and sleeping where a man is often killed for his threadbare blanket.
Left with only his dreams, Gastien stubbornly pushes on. He vows that absolutely nothing will stop him, not yet realizing what keeping that vow might mean. Sometimes the “impossible” is possible – but the cost can be extremely high.
This historical fiction novel is book 1 of a 5 book drama/family saga for adults (The Gastien Series).  As such, it contains adult themes and graphic scenes. Each book can stand on its own, but is most compelling read in order.
CADDY SAYS:
This excerpt is from Gastien: The Cost of the Dream, the first book in the completed Gastien Series (of which there are five books). In this scene, Gastien has arrived in Paris after leaving the farm at age seventeen. It is 1872 and the bohemian art era is in full swing. He believes he can easily find a job to cover a small room and one meal a day, plus somehow be accepted into art school. Little does he know how brutal the city of Paris can be for one who is without money, education, or connections. I chose this because it’s only the start of his horrific struggle, and sets the tone for what is awaiting him.
EXCERPT:
Gastien walked the several blocks to get back to Le Procope and Cremerie Restaurant Polidor. By the time he got there they should be preparing for breakfast and lunch. As he approached the area, he grew nervous. He took a deep breath, trying the front door of Polidor. It was locked. Of course, it was too early! He needed to go around to the back. He hurried to the end of the street to find the alley.
As he walked, he looked around. Gastien suddenly realized that the back alleys of Paris were not as clean and tidy as he had imagined they would be. In fact, they were more like his father described. He should have known that, he had come to the city enough with his father, and deliveries were from the alley. He just had not paid that much attention, as he had been busy trying to work fast so his father would not hit him later for being too slow. He shivered. He would truly hate to try to find a place to sleep in this alley once it was dark. Surely it would not come to that.
He heard noise coming from the back of the Polidor, and he approached the door. He knocked loudly. Getting no response, he tried again. Someone yelled, “No deliveries until half past nine!”
Gastien yelled back, “I don’t have a delivery. I am here to speak to the owner, please.” There was silence. After several minutes, Gastien tried the door. It was open, so he stepped inside. He walked through the delivery area into the kitchen. A few men where bustling about making the fare for the day. “Excuse me, Monsieur, but I would like to see the owner about a serving position,” said Gastien boldly. The cook looked at him doubtfully and then called for the owner.
The owner looked at Gastien with disinterest. “We are not hiring right now.”
“Please, Monsieur. Don’t just brush me off. I am brand new to the city. I need a job so that I am not on the street. I would be a hard worker. My mother suggested that I try to get a serving position.”
“As I said, I am not hiring right now,” the owner said impatiently.
“Monsieur, I used to help my father deliver vegetables here. I know that you are a good man, and that your place of business is popular. When I am cleaned up, I am pleasant looking. That would perhaps be good for your business. I just want a chance.” Gastien was nervous. He did not expect a serving position to be so hard to get!
“Look, boy, I don’t care if you delivered Jesus Christ himself to Notre Dame! We are a busy, well known restaurant. Don’t you think every student in this area has tried to get work here? My customers expect smooth, professional service, not an inexperienced farmhand that thinks his big eyes will make up for a lack of food knowledge! My servers don’t serve here until they have experience somewhere else. Students, when I hire them, wash dishes or mop floors.”
Gastien’s face burned. He was not just some farmhand! “Monsieur, I am going to be a great artist and I just – “
“And I‘m going to be the king of France one day. I told you I am not hiring. End of story!” 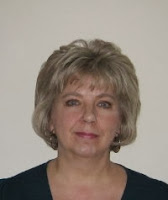