Excerpt from Replica by Lexi Revellian

BLURB: Accidentally duplicated, homeless, penniless and pursued by MI5, Beth’s replica must learn how   to survive on icy London streets. Unaware of what has happened, the original Beth falls for the agent hunting her double. As the replica proves difficult to catch and the stakes get higher, he has to decide whose side he is on.

LEXI SAYS: This is an extract from my science fiction thriller, Replica. It introduces Nick Cavanagh, MI5 spec op. He’s hunting a replica who has been accidentally created and is on the run. I wanted Nick to be not entirely likeable; I wanted readers to be unsure about whether he was a goodie or a baddie. I ride a bike in London, so to get his ambivalence clear in my head, I started with his bad driving; the sort of thing I encounter and resent every day. Nick was a lot of fun to write.

Nick drove too fast along Kensington High Street, cutting up other drivers and speeding through amber lights, tailgating anyone who in his opinion should be driving faster.
Ollie waited till they had to stop at a red light. “What’s the rush? Paul and Dario are there if the target turns up. They’ll think it funny us arriving two hours early, anyway.”
“I don’t give a toss what they think. They let her get away.” Nick’s fingers drummed on the steering wheel. The lights changed, and he accelerated, making a woman jump back to the safety of the traffic island. “If I’d been there I’d have got her. Pete should have sent us.”
“He didn’t expect her to turn up at her flat.”
“No, and I bet when she did Paul was making a cup of tea and Dario was going through her underwear drawer.”
Ollie laughed. “So what can we do they can’t?”
“We’re going to do it better. Stay out of sight in the van and wait for her to turn up again. Follow Beth One wherever she goes. Getting to her has to be what replica Beth is playing for. The two Beths talk to the press, it’s out, nothing we can do, game over.”
“So we’ll be off our other jobs for as long as it takes, I suppose. Nice break for the terrorists.”
Nick was quiet for a while, then he said, “Maybe.”
“How d’you mean, maybe?”
“Just, I can’t see Pete throwing in the towel. Saying, oh, all right, now you two totally unimportant secretaries, who just happen to have got mixed up in this top secret research we’ve spent millions of pounds on know about each other, we’ll accept it and go public.” Nick braked hard to avoid collision with a cycle courier, then hit the accelerator. “There’s no way he’ll risk that happening.”
Ollie gripped the handle above the door. “Take it easy, Nick.”
“D’you ever worry about the ethics of what we do?”
“Not a lot. I’m too busy worrying about your driving.”
“Okay, but what about this; supposing catching her is harder than everyone seems to think? He isn’t going to keep all of us running around after her forever. I’d give it a week, maybe two, tops. He’s a ruthless bastard. I reckon, if we don’t find her fast, the original will go missing. Then if the copy turns up, it’s like, boring secretary loses marbles, gets persecution complex, thinks MI5 are after her, goes on the run, ends up in padded accommodation with no one believing a word she says. To be honest, I’m surprised he hasn’t done it already. He must be going soft in his old age.”
Ollie smiled at Nick. “If we can’t catch her in a week we’re not trying. Are you worrying about the ethics of it, then?”
“Me? No. I do what I’m told, I get paid. End of.” 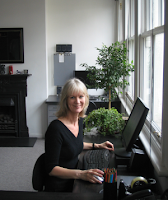