Today, guest blogger Phil Rowan tells you about some of his works, including a description of his coming release HARPS and TEARS.

Fiction writing ... oh yes ... I started with short stories as a student and continued as a journalist. A lot of what our media produce today is made up with fictionalised accounts of what might or might not be happening! We live in a frequently crazy world, and I've always liked the idea of taking potentially serious issues and re-creating them with a dark humour slant.

My first novel, Weimar Vibes, won a gold star on the HarperCollins Authonomy site. It is a  dark humour/satirical story that mirrors elements of 1930s German chaos in the UK and Europe tomorrow. Oscar Führer Kerner is whipping up an anti-immigrant frenzy when the British Security Services recruit my main man, Rudi Flynn. He is an alcoholic US journalist based in London and he is a reluctant undercover agent - but he has money problems, so his options are limited. His Whitehall brief is to first compromise the evil Führer Kerner with a lewd sex scandal in Athens and then try to win over his supporters. Flynn does his best, but he keeps getting distracted by seductively attractive women - including his traitorous UK Security Service Controller and a tempestuous Irish firebrand. He is wondering if his neighbour's lovely wife might elope with him to a Caribbean island when troops and tanks suddenly take over on London's riot-ridden streets. A sombre British Prime Minister then appears on TV to declare that upcoming elections must now be postponed.

In Dark Clouds Islamic activists are hoping to initiate a nuclear incident in London. Once again, a reluctant Flynn is coerced into working with a UK/US Security Service team. His London Controller is Carla Hirsch: an awesome lesbian from US Homeland Security. Flynn was at college in California with a Swiss based Iraqi oil billionaire who is thought to be funding the Islamic activists. He is a dangerous character and his sister Sulima is in love with the terrorist organiser, Pele Kalim. She is however a decent woman, so Flynn attempts to win her over as a friend, first in Geneva and then in London. Carla Hirsch wants to water-board or sexually intimidate Sulima, which infuriates Flynn. But as he sleeps in the factory studio of his artist girl friend, Ingrid, he hears a train rumbling by outside. 'It's nuclear waste,' she says. 'They move it at night,' and it's a eureka moment. For the terrorists are planning to hijack and explode a trainload of nuclear waste in a London Jewish enclave. Sulima walks across thin, parched grass to try and dissuade her train-hijacking Islamist lover, Pele Kalim. He reaches down to help her up to the driver's cab. But then two shots are fired by British military snipers from tower blocks surrounding the lethal nuclear waste train on the Hackney Downs.

Under Cover has right-wing/anti-immigrant tendencies escalating in Europe with increasing conflict between moderate Muslims and radical Islamists. My UK based US journalist, Flynn, is once again recruited by a US/UK Security Service team to counter Iranian activists who are plotting to nuke soft targets in Europe. He starts by getting friendly with a murdered colleague's sexually pro-active and occasionally quite outrageous right-wing French Front National mistress. He also works with Sophia, a seductive and very attractive Israeli agent who briefly kidnaps him in India. He is then sent to Cuba to check out a French Algerian Muslim by Leah, his Controller at the US Embassy in London. Here he gets a pointer from the Guantanamo detainee, who professes to be a Muslim moderate, but is later shot as an activist. Flynn's double agent act finally falls apart in Paris. The Iranian nuclear bombers want to execute him, and it's about to happen when Sophia and her Israeli associates come to rescue him in the remote French Correze countryside.

Harps and Tears (due out end of Feb 2013) is a dark humour thriller that centres on Bronkovski, a nasty Polish American nuclear scientist, whose wife leaves him for a Jewish environmentalist. He is furious and intent on revenge against the state of Israel. When we meet him, he is making a nuclear bomb in rural Ireland's West Cork for ruthless Islamic activists. My man Flynn has been sent to Dublin by a New York editor who wants all he can deliver on Celtic Tigers and New Irish Women. Flynn, however, is more interested in a lead he has on the embittered nuclear scientist, Bronkovski, and what he may be up to in West Cork. Our frequently wayward journalist is lured in and seduced by Irish charm and blarney - although he is aware of a powerful Dublin businessman, who knows Bronkovski, and who has politicians and cops in his pocket. Flynn's local contact, Muldoon, is up for a bit of devious blackmail, and our guy's hotel receptionist, Siobhan, agrees to seduce and probe the emotionally challenged nuclear scientist. Middle East money is funding an assassin in West Cork, while in Dublin an Israeli academic is targeted. There are ruthless rogues everywhere, but Flynn has a few cool female allies - and as his local contact takes a crucial call, mayhem is averted in rural Ireland. 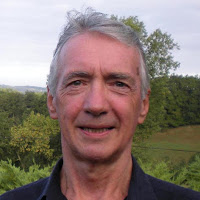 So who is Phil Rowan, and where is he going next? Well - I grew up in Ireland where the Holy Ghost Fathers were grim, but girls from the Jacobs biscuit factory were great! I wrote short stories at Trinity College Dublin before moving to the Athens Daily Post. Here, in the port of Pireaus, worldly dark-haired women asked if one would like to have a good time, while in Syntagma Square tourists talked admiringly about the Acropolis and the Parthenon.

Back in London on my first booze fuelled tabloid it was 'deliver or you're out, mate.' As an assistant leader-writer I duly attacked the Germans in sixty words and praised the virtues of British farmers in one hundred and twenty. It was much the same on tabloids two and three where my editors were keen on unsavoury sexual set-ups for celebs, politicians and unfortunate people who just happened to be newsworthy. I did some university tutoring, but ended up running a small creativity consultancy and writing fiction. I presently live in London with a lovely partner and I have two great youngsters. I'm also plotting a story about a rebellious Fenian Irishwoman - a passionate patriot who totally confused the Brits!


For salacious journalistic blogs + more on me and my stories, do visit


http://www.writerrowan.com   and I'm on Twitter  @WriterRowan
Posted by Jill at 7:46 AM