When it comes to writing, I’m a total pantser – that’s flying by the seat of your pants, aka, not having a clue what you’re writing till you sit down. That’s fine when you’re working on a standalone novel. It’s even fine when you’re starting off a series. But when it comes to later books, such as books four and five of my Inside Evil series, problems start to arise. Those throw away lines that you made in Chapter 3 of your first book suddenly need tying in with everything else. The character developments you wrote on the spur of the moment start to throw up all kinds of issues. Even worse, if you’re writing fantasy, creating worlds or setting laws in place to govern systems, such as magic, breaking the rules in later books to ‘make everything fit’ might result in the wrath of your beloved fans.

Let’s face it: I’ve found this out the hard way. The first two books of Inside Evil were a breeze to write. Then I had to start thinking – yes – actual thought processes away from the keyboard. That’s really not so fun. I like the spontaneity of taking my characters where THEY want to go. I have milestones to reach, but most of the story is ultimately unknown until my fingers allow it to unfold.

But with creating a fictional town, an ancient curse and a new parallel world come all manner of rules, myths and intricacies that have to be carefully spun together as you wind down a series.

I’m a HUGE fan of SF and Fantasy television, and I think it often shows when a series has been carefully formulated before even airing. The executives from Fringe, for example, already knew exactly what was going to happen. They were then able to drop in hints and facts in the initial shows to tie together later. However, despite loving Vampire Diaries to start with, the totally chaotic nature of the series and the writers breaking almost every one of their initial rules to try and create an engaging story has left me cold. It was inspired by a book series, but departed from this 90s literature fairly quickly.

So, if you’re writing a series, what should you be looking out for and doing?

It really doesn’t matter whether you’re a pantser or consummate organiser, taking notes is essential. If you write that the bite of a butterfly is venomous in one world and not the other, write it down. If a character says they hate beer in one book and then is guzzling down cans in later novels, you have a problem. Again – write it down.

I might be wrong, but most authors I know have a definite end to their series. They know where they’re headed, they just aren’t always sure what’s happening in between. If possible, take the time to create a skeleton outline for each novel. It doesn’t have to be scene by scene, of even chapter by chapter, but stating the obvious points, milestones and important events will help tie in all your series’ qualities.

I’m a huge fan of back story. I’ve got reams of pages about worlds, laws, creatures and characters that will probably never see the light of day. By writing these down you can figure out the important details and side-step the hurdles rather than realising there’s something wrong AFTER you’ve already published the first few books. And, if your series really takes off, you can offer this encyclopaedic info as a short story, website post or even a reward for fans signing up to your newsletter. 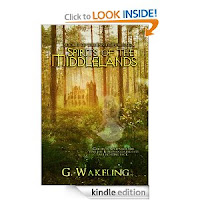 Writing a series is complicated. I wish I’d known this before I started! I’m always a fan of complex television and book series, and often think ‘How did they manage to combine all of this?’ Inside Evil continues to astonish me, especially when things I wrote in the first novel suddenly start meaning a lot more later on. Honesty, sometimes I didn’t have a clue at the time. But, if there’s anything I’ve learnt, it’s that preliminary plotting, note taking and back story writing is essential if you’re to let your characters have their way without jeopardising some of your story’s complexities. 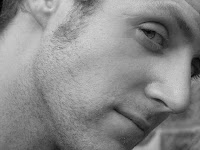