“Oh I'd love to write a historical but I couldn't do all that research.” I often hear this phrase from other writers upon hearing I write historical fiction. The reality is all writing takes research and not all of it takes place in a library.  Research is vital to every writer, not just the historical ones. The contemporary writer may not realize it but they are researching a book every day. Every new place discovered and new person met is an opportunity for better, more descriptive writing. Everything you read is another lesson in vocabulary, sentence structure and plot development. There is no such thing as an “off” button for a writer and research is no different.
But beyond accepting that the world is one big research project, there are different techniques and tips for the average writer, historical or not. In this article I want to highlight a few of the techniques that I learned while working as a local journalist and writing novels in my Peter Ainsley historical mystery series.

Keep a File Folder (or Re-purposed Hat Box)
Every newspaper office or journalist has a set of files where they stash clippings of articles on specific topics they feel will come up again, or will one day make great stories. The second category is called prompts or story generators and they usually focus on non-time sensitive ideas that could be followed up on regardless of how much time had passed since the reporter came across it. This technique works for fiction writers too. How many times have you heard something on the radio or saw something on television and thought “That's better than fiction”?
Story prompts can be anything that catches your eye, anything you find interesting, anything that relates to your genre or area of writing interest. For me that means anything that relates to history and crime but because my books are character driven, I also tend to be drawn to articles that talk about the human condition (ie: why we do the things we do).
Lucy Maud Montgomery, writer of the Anne of Green Gables series, said that the idea for her famous novel came from a hand written prompt she found in an old hat box she had used once to stash away her stories. Montgomery was going through this box when she found a note describing a story of an orphaned girl sent to an elderly couple by mistake. Some of the best feature stories I have written for newspapers came from prompts I left for myself in my file folder.

Apply the Primer Coat
When you start a new project you must make some decisions straight away. What is the theme of your book? The answer to this question will guide your starting research. The book I am currently writing focuses a lot on the living conditions and societal attitudes towards Victorian London's pauper children. I already knew orphaned children were a dime a dozen on London's streets at the time and poverty was everywhere so to begin I had to find out why. Why were there so many unclaimed children living in those conditions. Before I wrote a single word of my WIP I looked into this and the answers I found  is what I formulated my plot points around. I needed this first layer of research in order to create a convincing plot, otherwise I would become stuck, have to back track or try to force something that just would not make sense. Poor research in the beginning has resulted in a number of manuscripts dying halfway through. Having said that, research should not stop you from writing for too long. Think of this step as a primer coat. At some point you just have to start your masterpiece.

Stay Put and Save on Jet Fuel
You don't have to go to a place to get a feeling for it. I often hear the phrase “Write what you know” as if it's a sure fire way to get across a convincing story but research can go a long way into providing adequate descriptions. The PeterAinsley mystery series is based in 19th Century London and there is no plane ticket that can take me back 150 years. Historical writers rely on research to give them the details that readers want. The same can be true for contemporary writers who wish to write a scene that takes place in a city they can not easily visit.
Travel sites, local blogs and Youtube all have a place in a writer's arsenal. Travel sites often have detailed maps, and downloadable audio walking tours (sometimes historic in their content) that can give you context for notable buildings and directional substance for urban areas that you wish to include in your book. Youtube is a major resource, often under-utilized by writers. It feels like everyone has a video camera and will take videos of the most mundane things but those seemingly normal videos are great for providing local terminology, dialect, visual perspective and even minor details like the amount of traffic at a particular park or on a particular street. You'll be surprised what you come up with.

Set Your Feet on Virtual Pavement
Don't forget Google maps' Streetview feature. This setting on Google Maps plops you down right at street level and gives you a 360 degree view of everything including traffic, crowds and architecture. For my second book, Dead Silent, I needed to find a neighbourhood for a typical 19th century surgeon. Remembering surgeons were the 'tradesmen' of their day and not compensated all that well for their life-saving and often distrusted work I knew Dr. Jonas Davies would not be living alongside the upper crust. He was from a very poor family and had just started out with a career in medicine. Thanks to a google search  I was able to find a colour coded map detailing neighbourhood classes (http://booth.lse.ac.uk/static/a/4.html). From there I was able to select a neighbourhood within his social class and income level, not far but not close to the hospital where he works (St. Thomas). Using Google maps I was able to get a street view of that area and I could 'walk' the streets as they appear now. Through this research I also found some Youtube videos describing a revitalization project currently taking place in London to return the neighbourhood to it's original glory. This was not vital to my research but it is heart warming to know these Victorian terrace houses are still standing and remain valued.

Don't Underestimate Society
Historical societies are a great place to get local and even not so local information. Often run by volunteer history enthusiasts, these groups are packed to the gills with information and, in the very least, research knowledge. They can point you in the right direction if not join you in your search. I once had a historian call me four weeks after our initial contact to tell me some new information she had found about a neighbourhood I was researching. I was humbled by her willingness to assist and her matched enthusiasm.

The Devil is in the Details 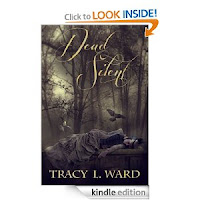 It's easy for research to become a distraction. Many writers get so caught up in the research they never get around to writing the story. You could always find more details but the details may never find their way into the final draft so it's important to research the big stuff, write the book and fact check the smaller things later as part of the revision process. When I was writing Chorus of theDead I used symbols on both sides of a word or phrase I found suspect. When I write, momentum is my best asset and stopping that momentum to research what kind of remedy Dr. Ainsley would suggest or what type of dress Margaret would wear would be tantamount to shooting myself in the foot. If I am on a roll I stop for nothing and put ***research treatment*** or ***fashionable dress*** and keep writing. When I go back over the book during a second, third and fourth readings I can not miss the highlighted parts and by then I will have the time to look more in depth into that detail.

Research need not be cumbersome. If you are as interested in your subject matter as I am about history then it's not work, it's just another part of writing a book. It may not be your favourite part but trust me when I say writing a book that is rich in research helps to separate the writers from the authors. 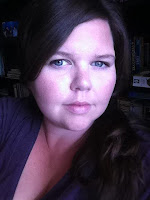 A former journalist and graduate from Humber College's School for Writers, Tracy L. Ward has been hard at work developing her favourite protagonist, Peter Ainsley, and chronicling his adventures as a young surgeon in Victorian England. Her books, Chorus of the Dead and Dead Silent can be found on Amazon, Kobo and other ebook retailers.


Her website is www.gothicmysterywriter.blogspot.com and she invites you to follow her on Facebook at www.facebook.com/TracyWard.Author. Tracy Ward is currently working on the third book in the Peter Ainsley mystery series. She lives near Toronto, Ontario with her husband and two kids.  Follow her on Twitter @TracyWardAuthor
Posted by Jill at 12:30 AM