Book 6 in the Vigilante Series
By Claude Bouchard

Synopsis: As a result of information gathered via electronic surveillance by intelligence agencies in the U.S. and Canada, a budding terrorist organization, the Army for Islam or AFI, is suspected of planning an attack, its target possibly NYC, Burlington, Vermont or even Canada's famed Montreal...
When four foreign students from Pakistan with known ties to the AFI's Montreal cell arrive in the area on New Year's Eve, Discreet Activities' head, Jonathan Addley, along with Chris Barry and other DA consultants are more than willing to take on the additional workload....After two of the DA team members die violently in an AFI related suicide-bombing, the job becomes getting revenge on those responsible for this Holy War...

Claude says:  I chose the following excerpt because, though my female operatives, particularly the gorgeous Leslie Robb, occasionally delve in the use of seduction as a means to an end, this was their first time going ‘bare all’ or nearly, to entice their prey.

“Nice looking place,” Cat commented as they came up to the house, a roomy and tasteful white stucco affair, on Little Bay Road a short walk from the resort.
“You wouldn’t expect an embezzler with over eighty million dollars in the bank to live in a shack, would you?” was Leslie’s response.
“True,” Cat agreed. “So, are you ready for some action?”
“You betcha,” Leslie grinned as they strolled up the paving stone walkway to the front door. “Like I promised Walter yesterday, this is a day he’ll never forget.”
Cat announced their arrival with the large, ornate, wrought-iron knocker and only seconds passed before the heavy, wood door was opened by a smiling Walter, wearing only tan, knee-length cargo shorts.
“Good afternoon, ladies,” he exclaimed as his gaze devoured them in their short shorts and shorter tank tops. “Come in, come in.”
They entered the foyer, both offering him a hug and a peck on either cheek before allowing him to close the door.
“You have a beautiful home, Walter,” Cat cooed as they made their way inside, the ladies slipping an arm into his on either side. “So nice and airy.”
“Thank you, Lila,” Walter replied with modest pride. “I’m a firm believer that we have only one life to live so we might as well enjoy it to the max.”
“Oh, we believe in that too,” said Leslie as she gave him a playful pat on the butt. “Where’s this amazing terrace you mentioned? I’ve no doubt the view is spectacular from up here on the hill.”
“This way, my darlings,” Walter replied, sliding an arm around each of their waists as he steered them towards the open French doors, “And yes, as you’re about to see, the view is magnificent.”
“Wow, this is nice,” Leslie exclaimed as she kicked off her sandals and stepped ahead to the pool to dip her toes, “And the water’s perfect. I’ll be looking forward to getting wet in there.”
“Just make yourselves at home,” said Walter, anticipating the coming hours with excitement. “Can I offer you ladies something to drink? I just mixed a pitcher of pina coladas but you can have whatever you like.”
“A pina colada sounds delicious,” Cat replied, spotting the pitcher and glasses on the wet-bar off in one corner. “Let me serve.”
As she headed off, Leslie approached Walter with a teasing smile, capturing his full attention. “You were right. The terrace is very private, which is a good thing because we didn’t bring any bathing suits.”
On that note, she peeled off her tank top then slid her shorts to the stone floor and stood before him wearing only the tiniest of g-strings.
“Oh, Lordy, Lordy,” Walter murmured as he gazed at her almost naked body.
“Hey there, naughty girl,” laughed Cat as she returned with three full glasses. “Are you trying to get a head start on me?”
“Oh, I’m sure that you can both catch up if you want to,” Leslie purred as she accepted her drink. “Cheers.”
She raised her glass and drained it with Cat following her lead while Walter just took a sip.
“We don’t always knock them back this fast,” explained Cat with a wink to Walter as she set her glass down before removing her top. “We just want to get our motors lubricated.”
“Well, here’s to motor lubrication,” Walter grinned before downing his drink. “How about another?”
“You’re such a sweetheart,” said Leslie as they handed him their glasses.
As they watched him make his way hurriedly back to the bar, Leslie whispered, “How long?”
“I think he’ll be needing some help over there before he’s finished pouring,” Cat replied.
At the bar, Walter managed to fill all three glasses, though the last one to overflowing, before dropping the pitcher on its side to the paving stone as he desperately clung to the countertop.
“Honey, are you alright?” Cat asked as she hurried over with Leslie close behind.
“I’m juss feelin’ real dizzy,” Walter mumbled as they helped him into a chair. “Muh legs ish like rubba…”
“He’s out cold,” Leslie commented, handing Cat her tank top before slipping her own clothes back on.
“Yep, we get some good stuff,” Cat grinned. “He’ll be out for forty-five minutes, maybe an hour. Let’s get him inside and get set up.” 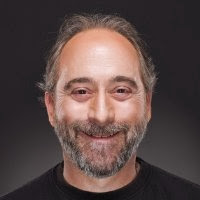