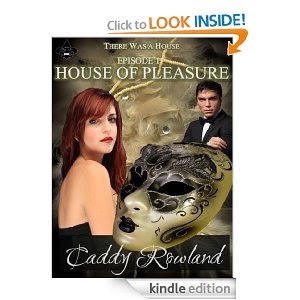 House of Pleasure (Episode 1 of There Was a House)


Episode 1 of There Was a House saga, a continuing story of revenge and redemption.

Fueled by rage and disgust, Phoenix runs away from home. The situation there had become unbearable. In fact, things couldn’t get any worse.

But they do. Betrayed in New York by a boy who she thought was a new friend, she finds herself taken prisoner by a low-class pimp. Then, when she thinks she's on her way to her first seedy trick, Phoenix winds up locked in a limo with no way out. She wakes up in an illegal brothel in New Orleans. Phoenix vows she will find a way to destroy Antoine, the owner of the brothel. Instead of being Antoine’s prostitute, she’ll become his lover, his confidante, and pretty soon, his manager. And then, when he least suspects it, she’ll bring the entire house down.

She better be damn good.   There will only be one chance.

**Content Warning: This book is a drama meant for those over 18 and contains explicit scenes. Therefore, it contains adult themes and scenes which deal with a difficult topic.


This excerpt is from the first book in my new saga, a continuing story of revenge and  redemption. It is the story of Phoenix, a young girl who runs away from an abusive home, only to be trafficked into prostitution. She vows to take down the man who bought her, the brothel, and some of the men who go there to have sex with underage girls.


In this excerpt, she has been betrayed by a boy she had considered a new friend, and forced to become a prostitute or star in a snuff film. This is her first day as a “working girl”.

Phoenix knew it would be pointless to try running away. The whole time she stood shivering on the street she could feel watchful eyes on her. Yet, every time she looked over her shoulder there was no one there. Regardless, she wasn’t going to take the chance of ending up a star in one of those movies.
Just when she was beginning to think the guy wasn’t going to show, a long, black limo pulled up. Could she be so lucky? Doubtful, Stan’s headquarters didn’t look like the type of place catering to customers who arrived in limos.
She was surprised when the window slid down and the man at the wheel leaned toward her. “Phoenix?”
Before she could answer, another man who seemed to materialize out of thin air rushed forward, grabbing her forearm at the same time. He had to have been the one watching her. As her captor leaned into the window, he asked, “Do you have your papers?”
“Papers?” asked the driver, confused. “I have a transaction receipt.”
“Lemme see it,” the man said gruffly, rolling his eyes. What the fuck did the guy think he meant? Papers for rolling a joint? These rich bastards sure could be thick. Of course, the driver probably wasn’t rich. Not rich, but making a hell of a lot more than him, or anyone working with Stan, if he had to guess.
The driver held up the receipt. Nodding, the man holding her arm let go. Sneering at her, he said, “Prince Charming has arrived.”
He was gone before she could respond.
The driver came around and opened the door to the back for Phoenix. How bad could it be, she thought, I’m being treated with manners and a limo. She slid inside, making sure her skirt didn’t ride any further up, exposing her white lace thong.
Wordlessly, the driver shut the door and got in behind the wheel. Phoenix watched as he maneuvered expertly through the heavy Manhattan traffic. She shivered. With a limo like this she was probably being taken to one of the luxury hotels to service some old, rich guy. She fervently hoped he wasn’t too awful looking—or mean. It would be even better if he didn’t take long.
As time passed, however, they didn’t stop and soon they were on the freeway, leaving Manhattan behind. What the hell? Phoenix felt panic spreading through her insides once again. She was being taken out of the city. Did Stan agree to her going this far? What if he beat her—or worse—when she got back?
Then an even darker possibility entered her mind. What if she was never going to return? Fear prickled along her arms, causing her to shiver.
“Hello? Sir? Where are we going?” she asked, hoping to sound casual.
There was no response. In fact, she doubted the driver heard her, since the glass partition was up. Looking around for a button to push, she found none. Not only could the driver not hear her, she apparently couldn’t get the glass to open.
Panic fully set in. Phoenix pounded on the glass with her fists. “WHERE ARE YOU TAKING ME? WHERE ARE YOU TAKING ME?” She kept on with the pounding and screaming. The driver glanced in the mirror. His face revealed nothing.
All of a sudden, his voice filled the air. “Please stop pounding on the glass. I can’t hear it and I can’t hear you. If you promise not to scream and yell, I will allow you to be heard up front to ask a few questions. Nod your head if you feel like cooperating.”
Phoenix nodded her head energetically. He pushed a button and said, “I can hear you now.”
“Where are you taking me?” Her heart was pounding so hard she was sure she’d have a heart attack, teenager or not.
“My boss has bought you. You’ll be working for him in New Orleans.”
New Orleans? Bought her? “What do you mean, he bought me?”
“Just as I said, girl. You’re his property now. Your best bet is to relax and have a soda or a drink. It’s a long haul, and we only stop every four hours.”
Phoenix sobbed and started to ask another question.
“I’m turning off the sound now,” he informed her. 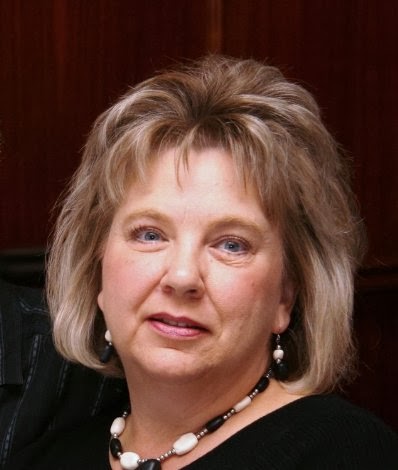