Excerpt from The Rustler's Daughter by M.E. Franco 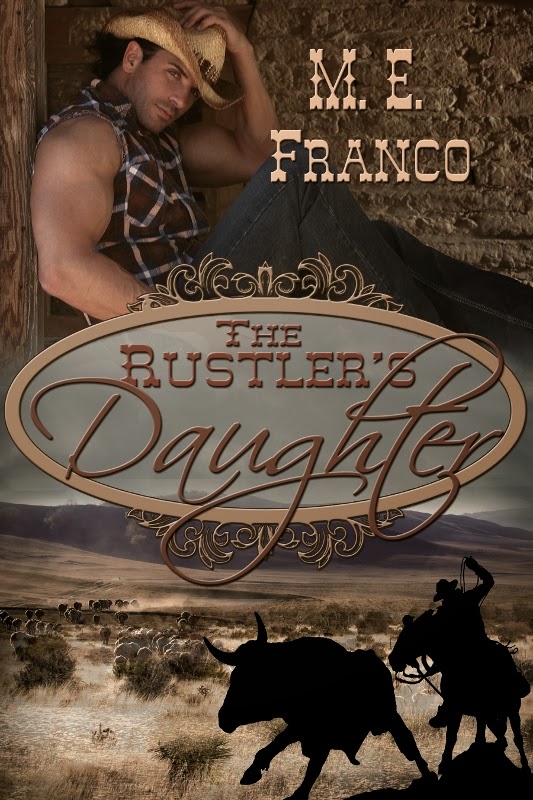 The Rustler's Daughter
By M.E. Franco

When Hannah Miller’s mother dies unexpectedly, she is forced to go live with her father, who she thought was dead. Hannah has high hopes that her father will be happy to finally meet her, but Roy Miller quickly puts Hannah in her place. She is a burden, just another mouth to feed, and an ugly reminder of the wife who left him.
Her father's act of desperation puts Hannah at the mercy of his enemies, the neighboring Scott family. Despite the bad blood between their families, Hannah is immediately attracted to Jackson Scott, but he has his own secrets and feels Hannah would be better off with someone else. When someone else does offer Hannah a way out of her predicament, will Jackson be able put aside his past and fight for the woman he loves?


Taking a break from my paranormal series, I set out to do something completely different. I grew up watching tons of western shows and movies and reading bags full of Harlequin romance books my grandfather used to buy me at the "swap meet", so I thought it might be fun to try my hand at writing one. My grandmother used to tell me stories of our family, and how they left Oklahoma to farm in California. I chose Folsom, California around the early 1890's as my setting. California during and after the Gold Rush was a dangerous place to be. It was a harsh environment to make a living for men, let alone women. When I wrote this story, I wanted the woman to be strong, but I also had to take into consideration that it was a different time, and women didn't have the choices they have now. Many women had to depend on men to survive, and so it was really challenging for me to write a strong woman character under those circumstances. It goes against my nature, but that was the reality of the time.

In The Rustler's Daughter, Hannah is sent to live with her father and brother after her mother dies. Her father is a bitter man and his desperation sets forth a series of events that leaves Hannah alone on her family's ranch without help or money. Hannah is attracted to one of the men on the neighboring ranch, but he hasn't seemed interested in her. When a rich, older man in town offers her a way out of her predicament, she's forced to consider marrying a man she doesn't love to save her family's ranch.


"You seem to be a smart girl. I'm sure you're not as ignorant of your situation as you appear. Surely you understand that you cannot continue on as you are, without help."
There it was. Out in the open. Her face burned with embarrassment. She looked away and didn't respond.
"I want to help. As a friend of your father's, I feel responsible for you now that he's gone." Mr. Harding hooked his finger under Hannah's chin, turning her face up to his.
"State your business, Mr. Harding." Hannah wasn't fooled by his false words. She remembered how her father had looked at him. They were not friends.
Mr. Harding laughed out loud. "Well, you are a smart girl indeed." He laughed again. "Straight to business then. I like that. Here's what I propose, Miss Miller. You need money and someone to help you run the farm, and I'd like to do that for you."
"What do you want in return?"
"You," he said softly.
"Pardon?" Hannah didn't like where this conversation was going.
"It's simple really. I need a wife, and you need a husband. It would be a mutually beneficial arrangement."
Not the romantic proposal she had always dreamed of, but many marriages were based on convenience rather than love. He was just being practical.
"Thank you for your offer, Mr. Harding, but I'm not entirely alone. The Scotts have been helping me."
Mr. Harding's eyebrows rose. "The Scott brothers? So, one of them has offered to marry you then?"
"Well...no," she stammered while Jackson's handsome face burned in her thoughts.
"I'm sure I don't have to tell you how that looks, Miss Miller. You alone on that ranch with three young men visiting, and no one there to chaperone," he sneered.
Hannah was shaken by his cruel words. He was right. She hadn't thought about how her situation might look to others. She had enough problems holding her head up in town after being branded the rustler's daughter. She didn't need her reputation coming into question as well.
"I'm well aware of my situation," Hannah hissed.


Mr. Harding immediately backed off. "I'm sorry. I've offended you again. That was not my intention. You don't have to give me an answer now. Just say you'll consider it. I'm sure you'll realize that it really is the best answer." He smiled broadly, taking her hand and placing a kiss on it, before tipping his hat. 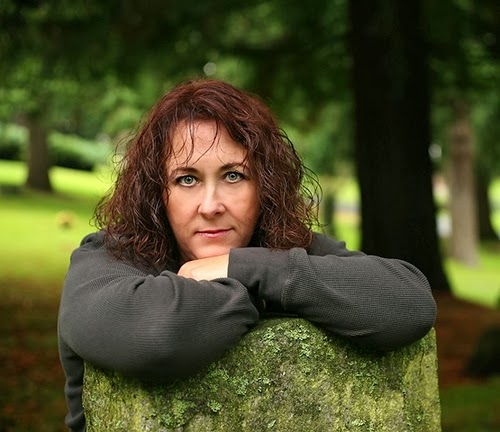 Get The Rustler's Daughter on Amazon or  Nook.