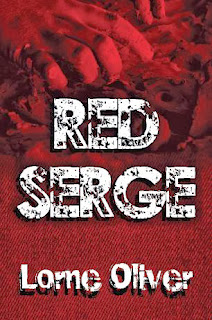 
The body of a young girl is found.  She was raped and tortured before being strangled.  Sgt. Reid of the RCMP has had too much violent death in his career.  He knows he shouldn’t get involved in this one.  His marriage is falling apart, his daughter is getting involved in the wrong things, but something draws him in.  The discovery of other young girls’ bodies - his daughter’s age, some long dead, - begs the question: How long has the Devil been coming to Prince Edward Island?

It was almost his end game.  He had one last target in mind, one last conquest.  His whole life had been under the thumb of someone else.  This was his.  It wasn’t going to be a secret any more.  The daughter of a cop known for catching serial killers…how did she taste?

The Royal Canadian Mounted Police were known for their Red Serge uniform.  It was what they wore in ceremony, to honour others, and in death.

In my books I like to name characters after people I respect, friends, family, etc.  Sometimes people volunteer to be a character or ask to have their names put in.  The character of Cassie Michaels in Red Serge (my second novel in the Sgt. Reid Series now available on Amazon in both ebook and paperback) was named by the winner of a contest.

In the case of the Bonaventure Campgrounds and Cottages I needed a name that I would be happy with, so I chose the name of Canada's last aircraft carrier the HMCS Bonaventure.  I didn't just pick it out of a hat though.  My father served onboard this ship.  It took him all over the Atlantic Ocean and too many countries – Brazil, Germany, Sweden, Ireland, Trinidad - but the most important moment was when it took him to Portsmouth England.  There he met my mother.

In comparison to modern aircraft carriers the "Bonnie" was tiny.  Whenever my father told me stories he described the size as a cigarette package next to his foot stool.  The landing deck would have been too short for today’s jets to land on.  According to my dad (who insists that he and his friends once caught a fish so big they had to bash its head with an ore because it was going to sink their small boat) they tried landing an American jet on her and the breaks burned the rubber of the wheels.  He never did say how they got it off the ship.  The Bonaventure was commissioned into the Canadian Navy in 1957 and though it was never involved in any wartime action it was part of NATO during the Cuban Missile Crisis.  She had a short life of peace time duties though being decommissioned in 1969.  It served its purpose though.  Without this ship me and my wonderful children wouldn’t be here.

I know back in the day I complained about having to sit and listen to his stories, but I enjoyed it then and would love to hear them again.  My dad and I don't talk much these days, but I'm really proud to say he served in the Canadian Navy.

In Red Serge I take the opportunity, okay I might have gone overboard, to educate the reader about the ship since Canadian’s don’t even know about it by having the campsite owners take the reins.

“What’s with the name?  Why call this place Bonaventure?”

“The man who started the campground years ago was a crew member on the HMCS Bonaventure, the Canadian Navy’s last aircraft carrier.  It was the greatest time in his life and when we bought it we agreed to keep the name.  We’ve actually adopted the theme throughout the grounds naming roads after decks or levels on the ship.  Some after other Canadian naval ships.  We had a local artist paint that large mural on the side of the restaurant and inside are paintings and pictures of the ship or planes that were on it.  It’s different anyway.  Aren’t you tired of things named after Anne of Green Gables anyway?  I did a lot of research on the Bonnie and Canada’s navy.  For instance, did you know that the crew on the Bonnie was twelve hundred people?  During the peak season we can have twice as many people here as they had on her.”

He smiled at me with pearly whites.

The campsite is the last known place of a young girl whose body is found.  Did someone from the campsite take her?  Did she wander off?  Is there a monster lingering around the site? 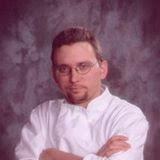