Excerpt from TRUST by Pamela Kelley 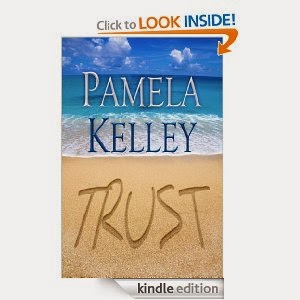 
How well do you really know your significant other? If he or she was accused of a crime, even murder, would you still trust in their innocence unconditionally?

In TRUST, 36-year-old, high school teacher Lauren, has finally put her past behind her and has found the love of her life. She is about to get married when one of her students goes missing and she becomes a person of interest.

Her fiance, David, is excited to settle down with Lauren. When the missing student turns up dead, and the media turns its attention even more closely on Lauren, David is surprised to discover that there are things he didn't know about her past. With the help of his 91 year old grandfather, who is a retired town sheriff, and his best friend Jack, the current assistant sheriff, he searches for the truth.

TRUST is set in a small, seaside town in Massachusetts and cooking helps Lauren to relax as the madness of the investigation swirls around her. In the back of the book you'll find her favorite recipe for braised short ribs (it works just as well with beef brisket too).

This prologue is an event that happened 20 years ago and will have an impact in this murder investigation as it will plant doubt in people's minds, even though things may not be quite the way they seem.

Melissa Hopkins wanted more than anything to be home in her warm bed, securely tucked under her thick down comforter. For several hours now, she'd been sitting in a small windowless room at the local police headquarters, being interrogated by the same two cops non-stop. It made her head ache, although she supposed the drinks she'd had earlier could be a contributor to that as well.
Most of her friends had started drinking a few years ago, around age fourteen. It was common in Waverly, a beachfront community that was busy in the summer and deadly deserted in the winter months. Her friends considered her a lightweight, as she had always said no, until a few months ago on her sixteenth birthday.

Melissa closed her eyes and tried to focus, and to remember what really happened, but her memory was a confused blur. She suspected she might have blacked out for a bit. That had happened once before when she’d been drinking vodka, and this time they had been playing quarters on the beach and doing shots. It was hard to play well on the sand, plus someone had the bright idea to mix vodka with orange juice and made the losers slug shots of the drink instead of beer. Melissa's stomach did an unhappy flip just thinking about it.

"Melissa, your Mom is waiting outside to take you home. As soon as you tell us what we need to hear, you'll be on your way. You want to go home Melissa, don't you?"  The police officers seemed to taunt her.

One was a tough looking Irish guy in his mid-thirties, who was clearly frustrated.  The other cop was younger looking and equally irritated. They started in again, asking the questions they'd already asked, but this time she was hearing them differently.  Her mind was too tired to protest.

"Melissa, the other two boys saw you run after Nancy with the murder weapon. Your prints are all over it, along with her blood. You were mad at Nancy—you admitted that already.  You obviously did this, Melissa."

Melissa’s head started to throb and she pressed a hand against her forehead, willing the pain to go away. "They saw me run after Nancy? Holding something?" It was so hard to focus. She had been mad at Nancy, furious even, but still, she wouldn’t have killed her. She was sure of it. But it was all a bit hazy. She remembered running, falling and then waking up to a police officer shaking her and a flashlight in her face. She was still very confused and scared and was just sober enough to know that she was in serious trouble. Was there a chance that she could have done this? The police seemed to think so, and they said they had proof.

"Yes, Melissa. Just admit you killed her; all the evidence makes it very clear. If you confess, things will go much easier for you. You could be looking at much less jail time; a huge difference Melissa. We don't think you meant to do this. You didn't mean to kill her, right Melissa?"

"No, I didn't mean to kill her." Melissa felt bewildered, like she was being pulled underwater or in some kind of surreal dream.

"Say you killed her and you can go home. We can all go home." Their voices were kinder and softer now and Melissa really, really wanted to go home. She'd lost track of how many hours she'd been in this room, but it was much too long.

"I guess maybe I did it, I'm not really sure. I must have though, right?" 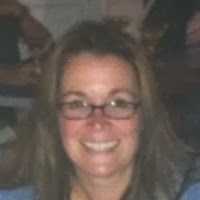 Pamela M. Kelley lives in the historic seaside town of Plymouth, MA near Cape Cod and just south of Boston. She has always been a book worm and still reads often and widely, romance, mysteries, thrillers and cook books. She writes cozy mysteries and romances and you'll probably see food featured along with a recipe or two. She is owned by a cute little Maine Coon Cat, Kelley.